This week was quite good. I finished off all 14 of the plague models and thus finished off the deadzone box set along with the few extra guys I had laying around. 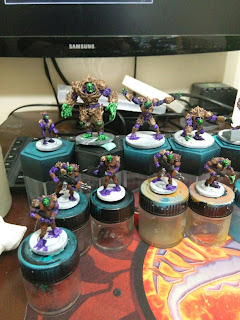 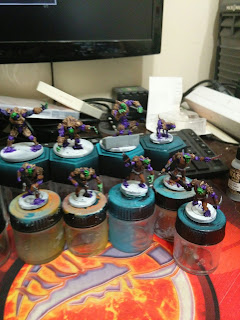 I also finalized my kickstarter spending for This is not a Test. I also picked up a bunch of new nick knacks for painting and such. I did also pick up a metal set of goblin heroes for future use from mantic. The total set back from all of this was $131.18. It kills a large chunk of my budget for the year. But on the other hand it gets me a bunch of stuff I wanted to get anyway. The rest of the budget will probably be spent of flushing out the frostgrave stuff and maybe a pet project.

Anyway more as I get it done.
Aruki