Painting update and opinions on the models

So I have basically finished off the auxilia. I am not completely happy with them partly because I have come to realize that I hate the models. They are the auxilia from warlord games that came in the roman army starter box.  The arm options and posses make the models very annoying to rank up and the consistency in the sculpts themselves I don't like. For example some have sword scabbards or swords in scabbards attached to them that connect with the belts and such this is great. Others just have a blank space with no bits to add so they look unfinished. I also found them really annoying to paint for some reason. So I will definitely be looking for other models to use in the future. But for now they are finished mainly cause I just don't want to look at them ever again. They could still use some touch up though. 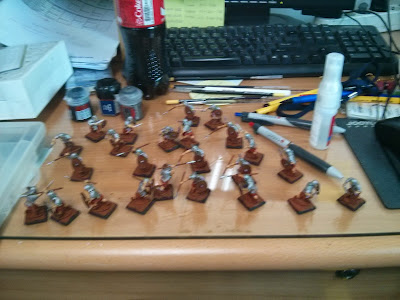 So that is another 24 models complete.

Next up will be some more of the 40 or so Romans left. 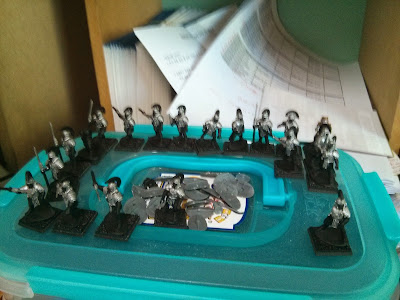