This part of the tutorial deals with the next 2 steps. First I added a bunch of the extra pieces from the aforementioned tank to the barrels. The only things left are to add to them now is a few little 40k pieces and an ornament/sight on the front. One other thing is to do green stuff around some of the bits to close the gaps and  to give it a sort of welded/repaired appearance. 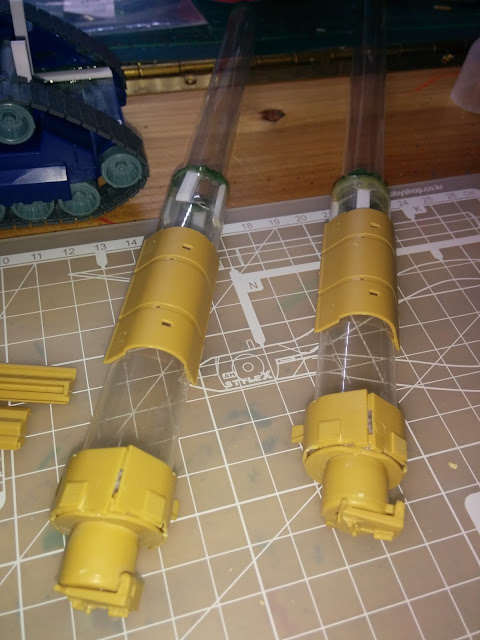 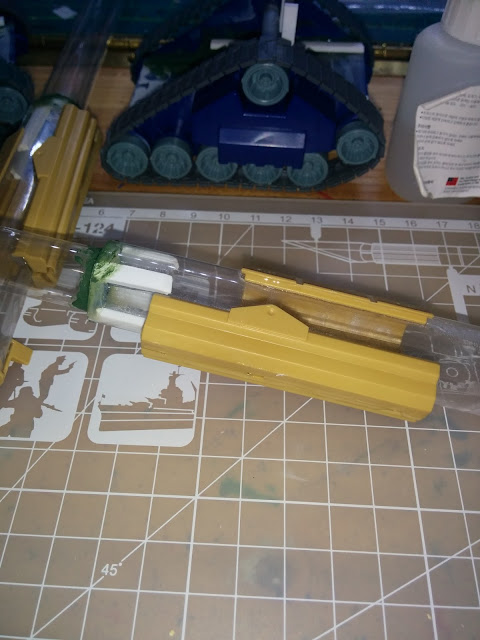 Next is a 2 step process on the main body. First I inserted a piece of tupe between the two sides that acts as a mounting point for the cannon. I also added some plasticard  on the inside and then verticle pillars, these add some more depth and a place for the first part of the gunshield to rest. 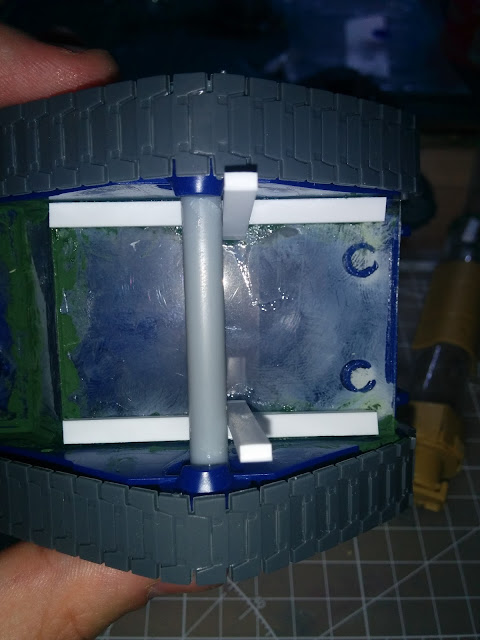 Then I built the first part of the shield which is just a piece of plasticard cut to size and then framed some with the plasticard to give it more depth. On top of the 2 vertical pieces are flat pieces of plasticard to flatten out the top of the shield. There is only 2 steps left for the main body which aren't pictured, another more ornamental shield part is mounted on the front that I push molded from the front door of a landraider and then adding other little 40k bits to it to add more detail. The slots I cut for the gun barrels to fit through are not perfect on purpose. I want it to be one of the things that stands out between all the models and part of it will also be covered by the 2nd shield. 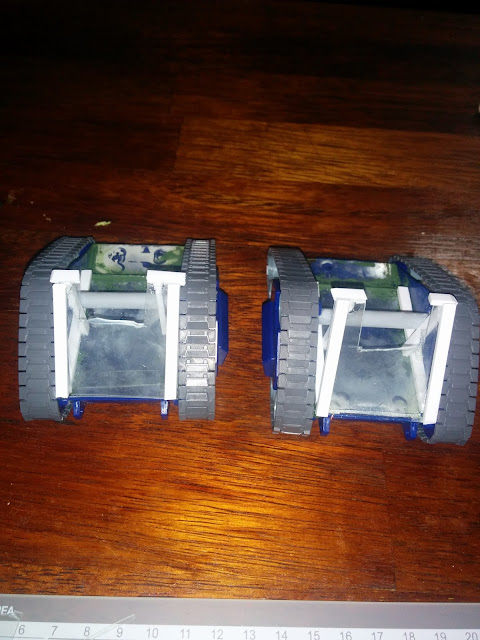 The next tutorial will focus on the assembly of the back part of the carriage and the rear of the tank. Hopefully that will be done in the next two weeks. Once main difference between these and the original is that I will not mount the gun until after I paint it all this time. Just to make it easier to paint.

Anyway more as I get it done. Hope this helps some of you out.
Aruki
Posted by aruki at 5:45 AM