Alright this one is a huge update. First of will be things I have painted, then things waiting to be painted or in the process of being painted and finally things in assembly.
Below are the two more scatter wall pieces I did like the first and 6 cargo boxes of some time and 6 groups of tanks. They are all finished up. The wall pieces are actually two of the same put together from one of the fortification sets. They were supposed to be attached to normal wall pieces but were not worth the effort to get them fitted correctly. So that is 14 more pieces and as per other day the smaller ones will be half a point each and the bigger two 2 points each for a total of 10 points. 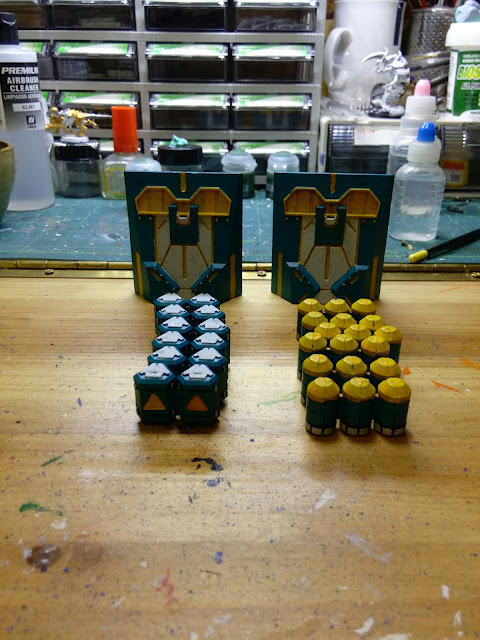 Next up are the current work in progress pieces. First up are the two 2x1 structures. The doors are removable and being painted later on. 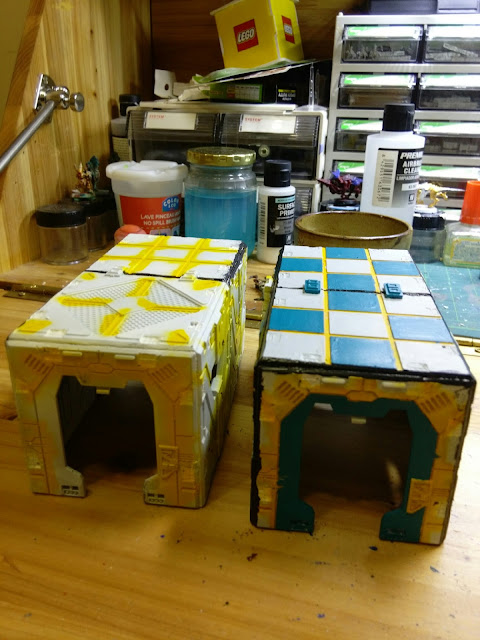 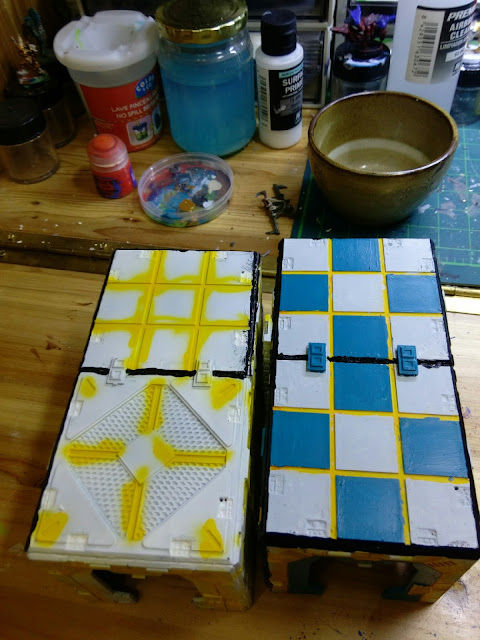 Then my big 2x2 building. 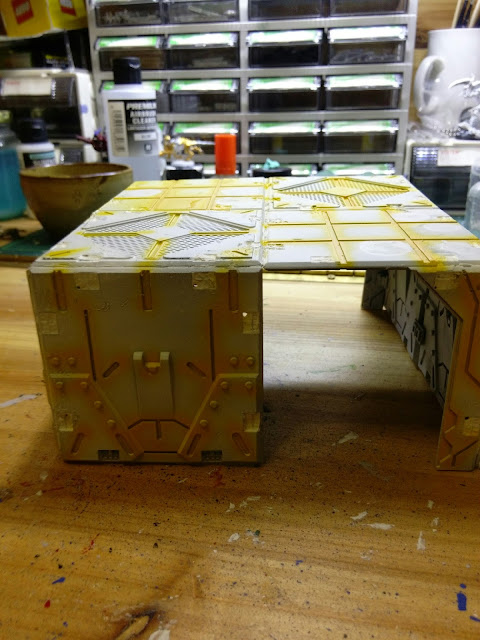 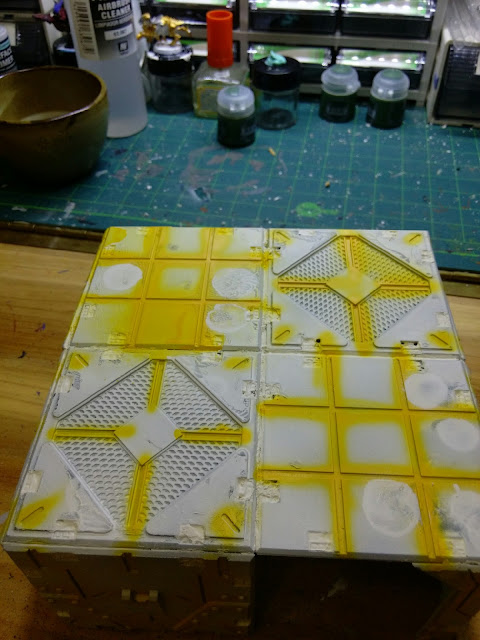 Next up is the being assembled stage. First up is two towers, they still need a lot of work to make the gaps smaller before I putty them. 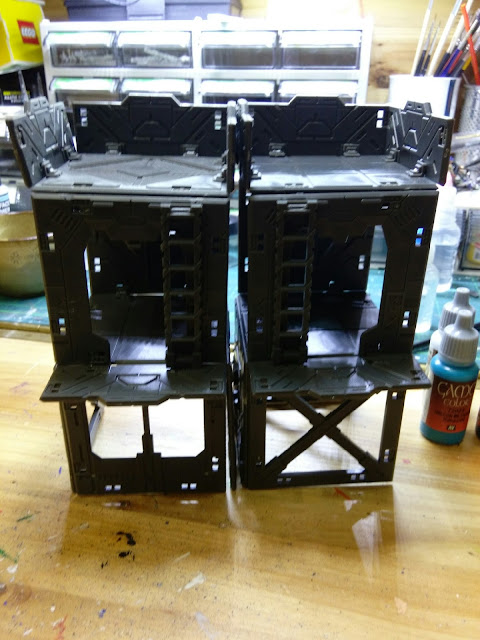 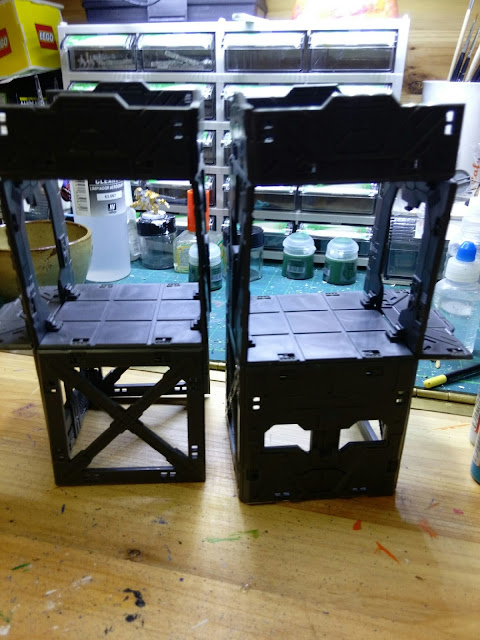 This is actually a pair of doors that I put together to make another random wall piece. Then some ruins, this one is two floors. 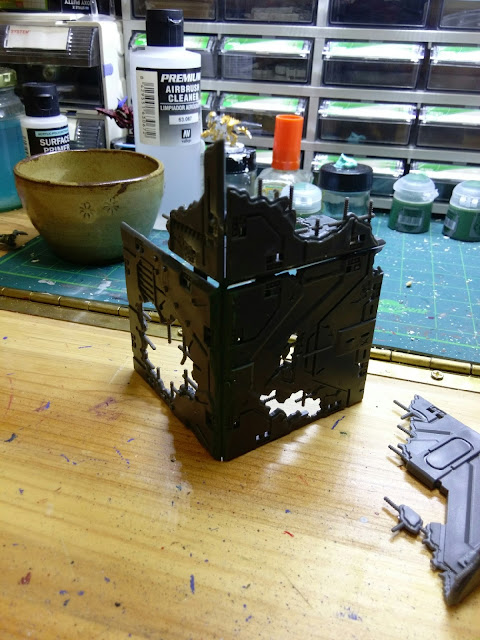 A few smaller pieces as well and one of the doors for the 2x1 buildings. 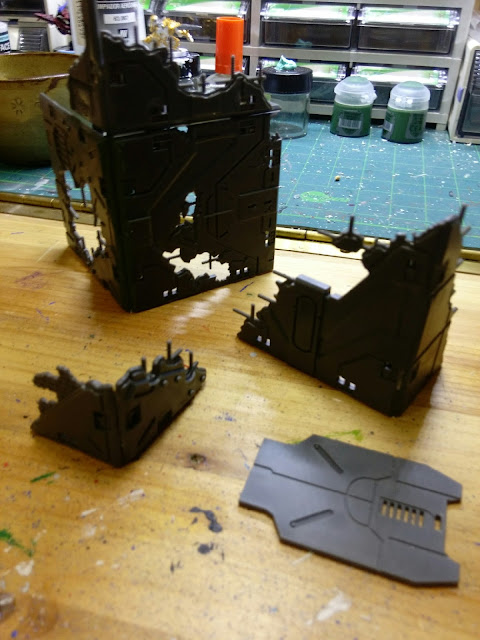 Finally, a piece of rubble terrain, there are a few more of these somewhere that are different that I will try and post photos of later. 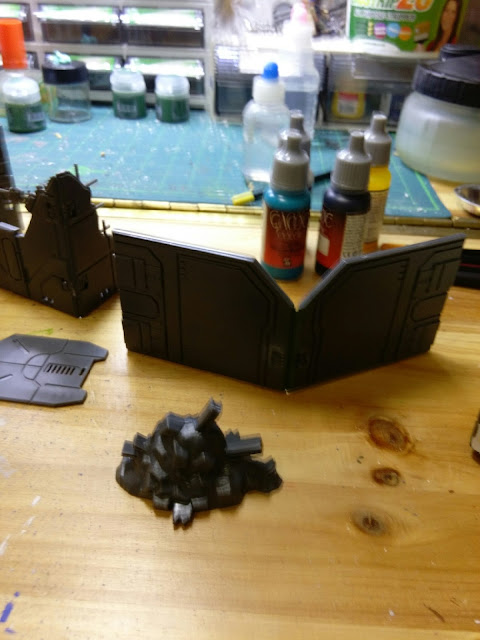 Anyway that is all for today. More as I get it done. Questions and comments welcome.
Aruki
Posted by aruki at 5:18 AM