Below is what I have completed so far. Everything except for the bombers is finished at this point.
I have some touch up to do on the 4 largest boats after my new brushes show up and I may add
some extra details to the fighters then as well. The only other things left are to finish painting
the bombers and then to magnetize the turrets on the biggest ships. So for now I am counting the
smallest ships and fighters as finished. After touch up on the large ships magnetizing and finishing
the work on the bombers I will add them to being finished. I will start up the romans now until
my new equipment shows up. Below are pics of finished and in progress stuff.
So my new score is
Jan points: 14pts
YTD points: 14pts
Amount left till goal: 286 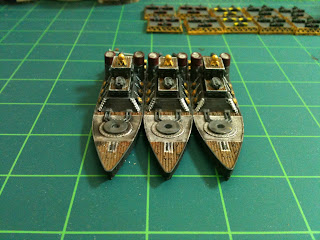 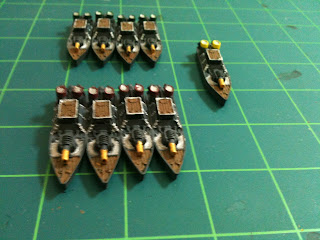 frigates in 2 squads of 4 and a squad of 1 that will be
expanded in the future. 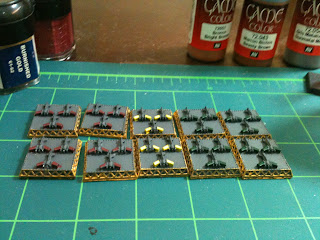 red are fighters, green are bombers and yellow are
torpedo bombers 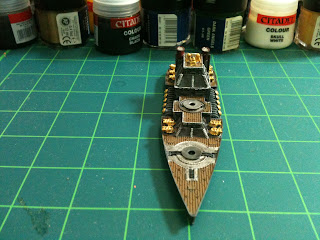 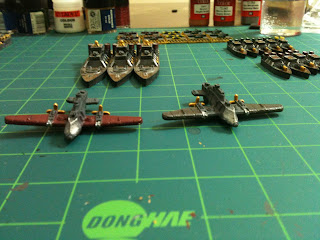