The joys of striping paint in south korea

I have mainly spent the last few days experimenting with striping my tau models. A couple of the cleaning products I had no luck with. The one that I did have luck with is called bam. I tested using the green and white type. (white one is pictured) 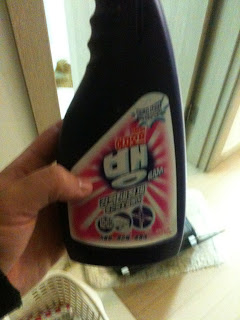 The old paint scheme to be honest was hideous and I believe I can paint them much better now than I could in the past. The major problem for me has been the fact that I live in South Korea. So the standard items used for striping are unavailable. Below is a product I have found that works. and some examples of it. I tested using FW resin, Normal gw models and of course gw metal models. The striping is by no means perfect but part of it has been the testing I have been doing.

Lets start with FW resin. Above you can see some FW broadside pieces. I had these in the solution for a total of  2 hours. After 1 hour I took them out and gave them a scrub in warm water using a brush and then did the same at the 2 hour mark. They did go a little soft at this point so I took them out and set them aside.


At the same time I also did this metal broadside cannon. I decided to put it back in overnight because there was some stubborn paint on it. At about 14 total hours it cleaned off completely fine.


Theses gw stealth suits spent a total of 14 1/2 hours in the mixture. I tried cleaning them at 30 min did not have any real luck. Though they did come apart. At 2 1/2 hours most of the paint came off. I then left it in for another 12 and took out most of the rest. There was no melting or major deforming. In fact most of the damage was caused by me going a little crazy with my wire brush. I then decided to toss them in again.


Overall this product works fine and hasn't seemed to damage them. The cleaner smells a bit but its a normal surface cleaner and not to much of a problem. I have not tested it on bases because I removed them before putting the models in. Just for reference the models were all painted with old gw paints.  I will also be testing it on some FOW tanks I have to see how it responds. Painting update tomorrow and probably Thursday or Friday as well.

Update: I decided to put the models in again for a 24 stint to really get all the stuff off. I found that large parts of paint were still not coming off in the solution. It may be the solution is good for only 1 use. Currently am testing the process again. This was specifically for plastic models or it may be that they just really need longer in the solution. I also tossed in some FW resin in to see how it handles a 24 hour stint. Metal and resin technically have no problems with 12-15 hours. The metal cleans without a problem, the resin it turns out had more layers on it than I knew so they are taking a bit longer (3 or 4 different paint schemes it seems).

Update 2: few things I ran into. The white one does great in small batches it seems but can only be used once. So you have to be carefull how many models you try and strip. The green one sucks. It took the paint off of the metal models and thats it. These two batches were left for 24hrs. In conclusion, it's great if you need to do only a few models but if you  need to do more than that don't waste your money. And if you do buy it buy the white one. Anyone time to find more cleaners to test.