Review of Exodus wars miniatures as subs for Epic stuff

I have 4 reviews today.  First up is the Guild Support Centuria, These models aren't bad and the ap guns only had a tiny bit of flash. The rest of them were clean. I am using the Ap guns as tarantulas and the other ones as rapier platforms.


These guys are the Guild Shadow Knight Cell. I do like them the swords had a little bit of flash but otherwise they are nice. The one in the middle is an actual scout for comparison. The only one I don't like is the one on the far right. Mainly because they sit on the base annoyingly, other then that there are only two other sculpts. 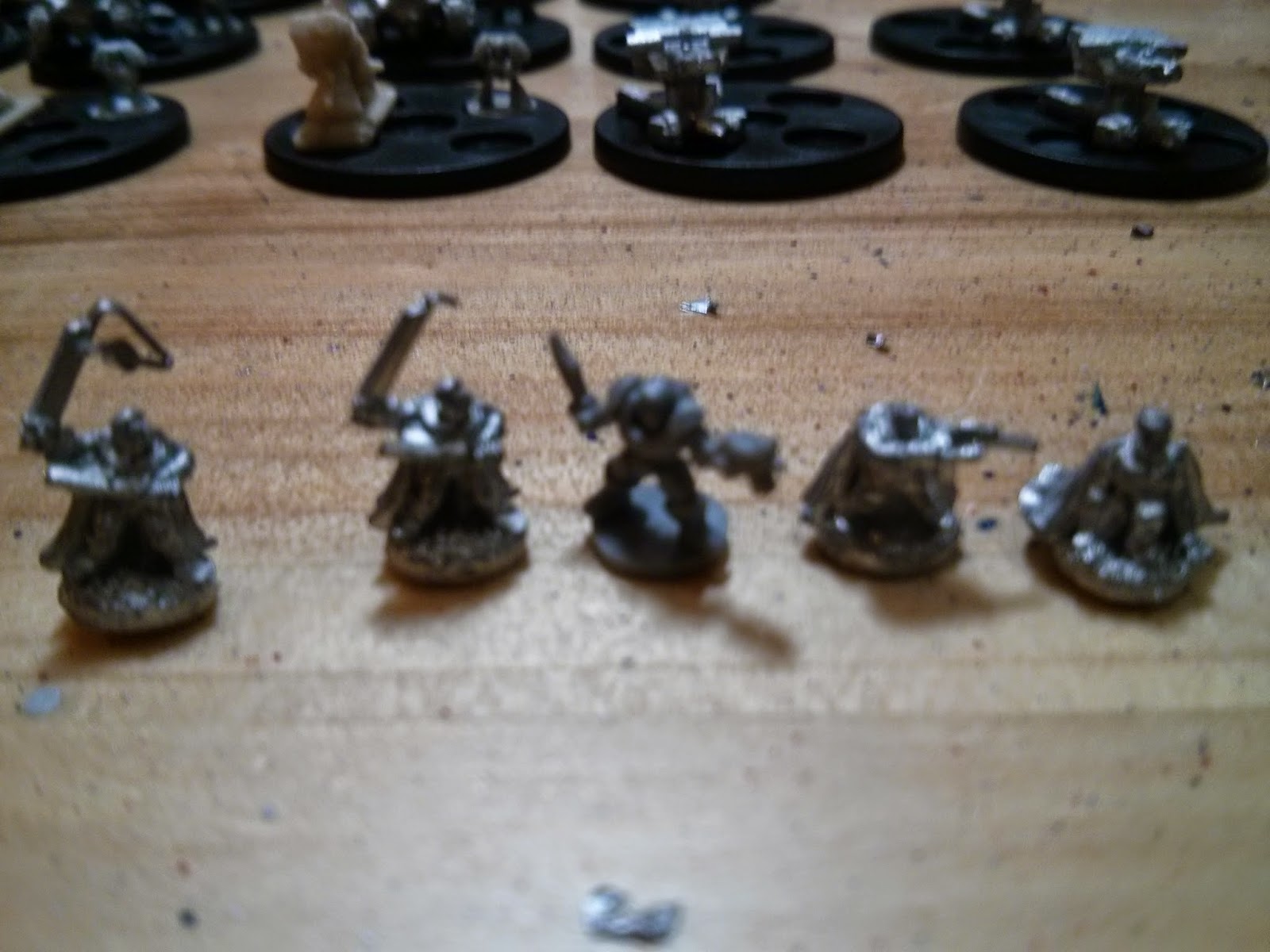 I also got both round bases and the epic style ones. The holes on the rectangle epic style ones are a bit shallow in the holes but otherwise similar in size and function to the old gw ones. The round bases I like and I am mainly using for the artillery and maybe the bikes. More pictures and such as I get them painted.