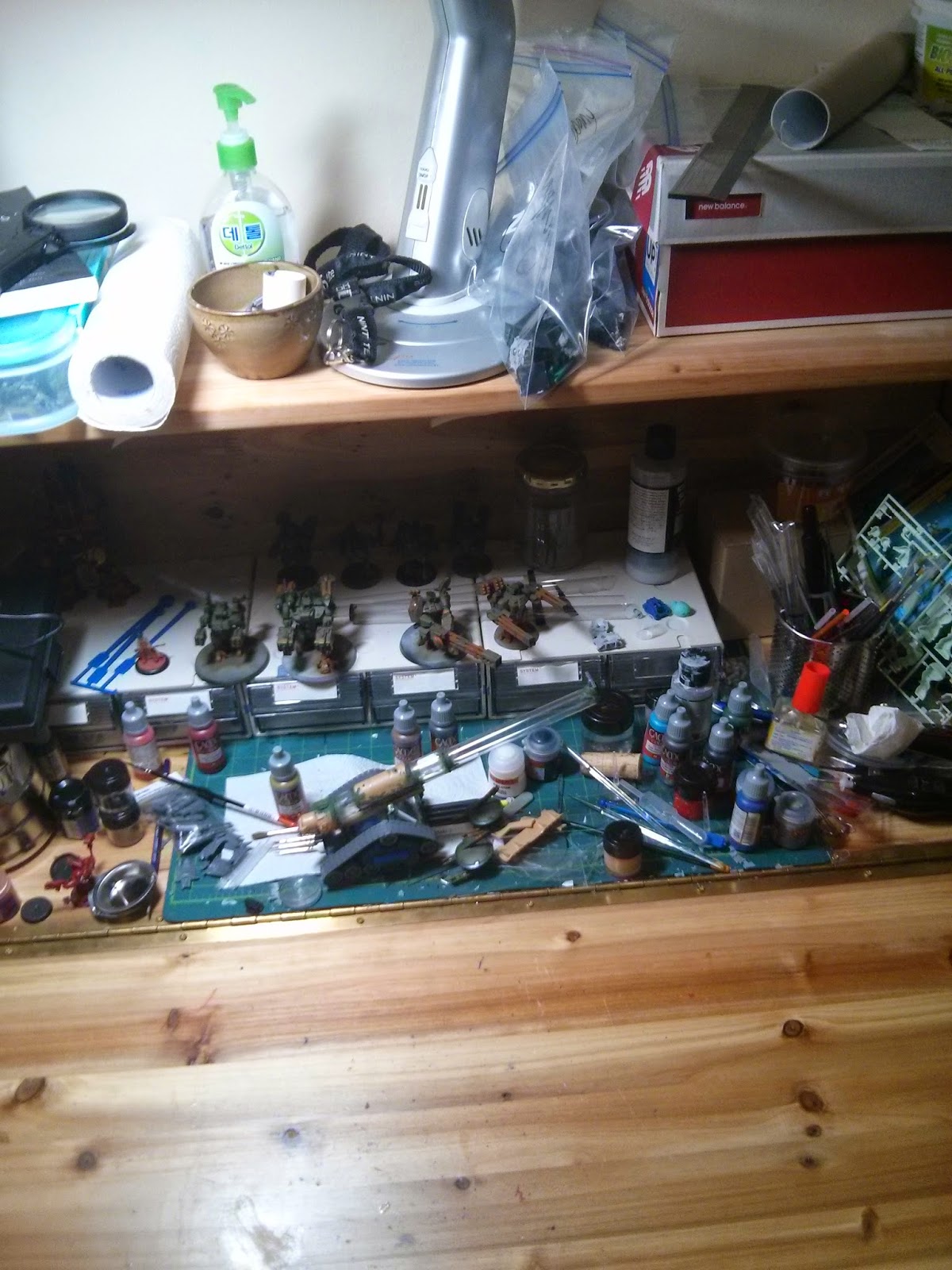 So what did I get done this week. Not a lot by a straight look at the desk but enough to make me happy and to make it so with a few hours of hard work I can easily finish off the rest.
First there are the two heavy gun drones, they just need a bit of touch up work and then I will call them finished. 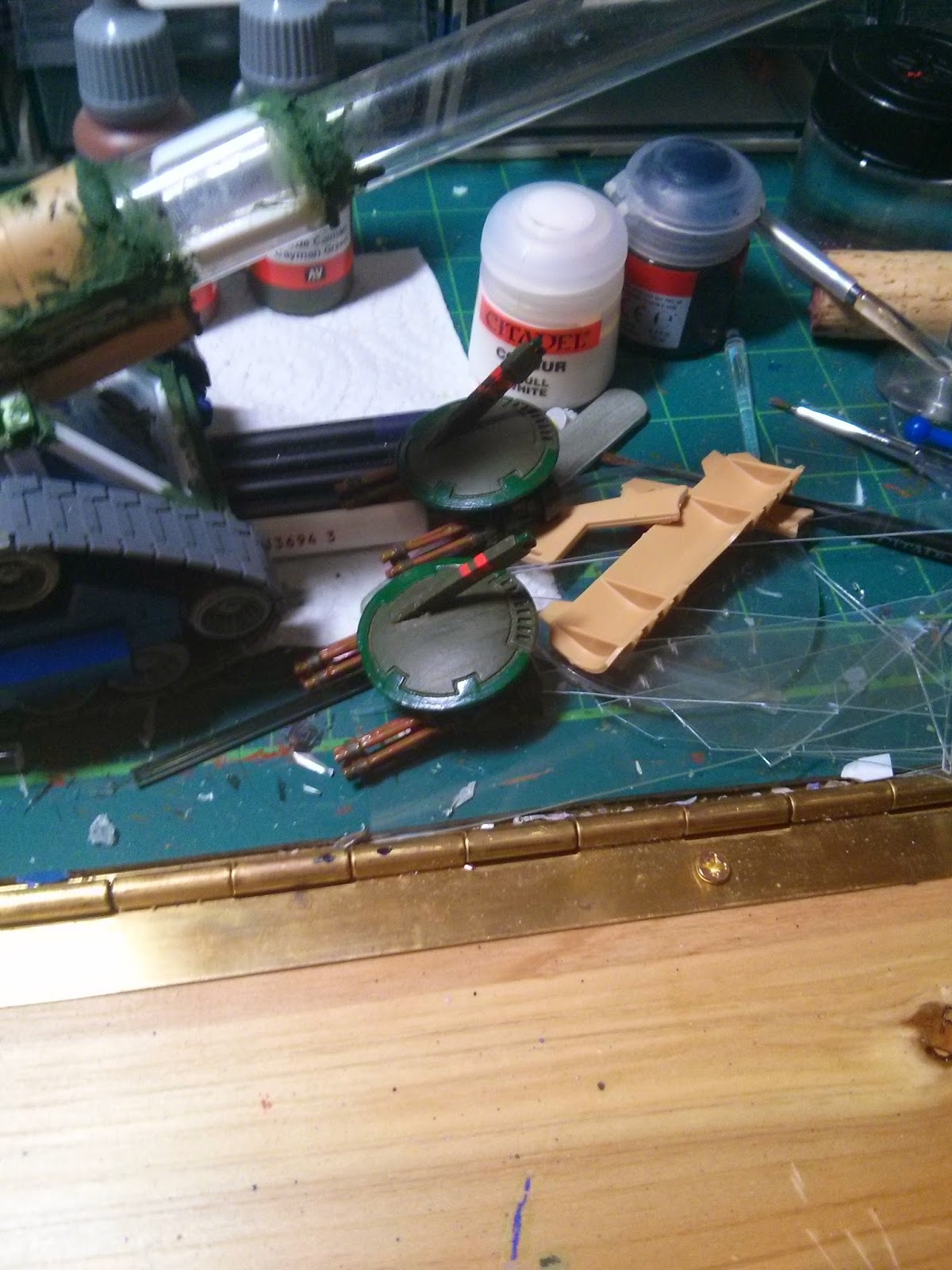 Then I have my two missile based broadsides. They are in the same situation, just a bit more touch up and they will be done as well. 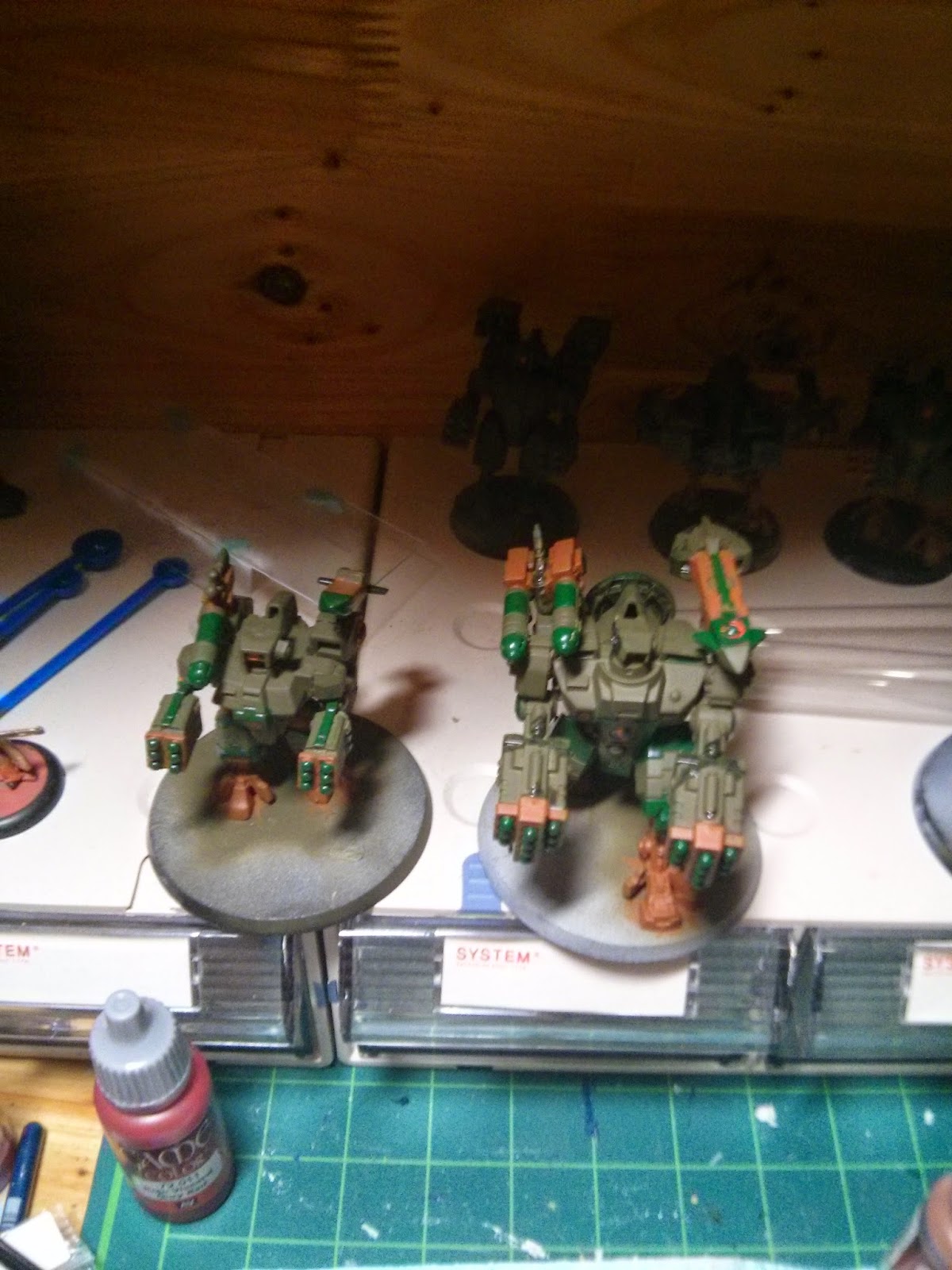 As for the two railgun based broadsides they need more work before touch up but are getting there, same with my 4 crisis suits. All in all I plan on having all these guys finished off hopefully next weekend, at max the end of the month. 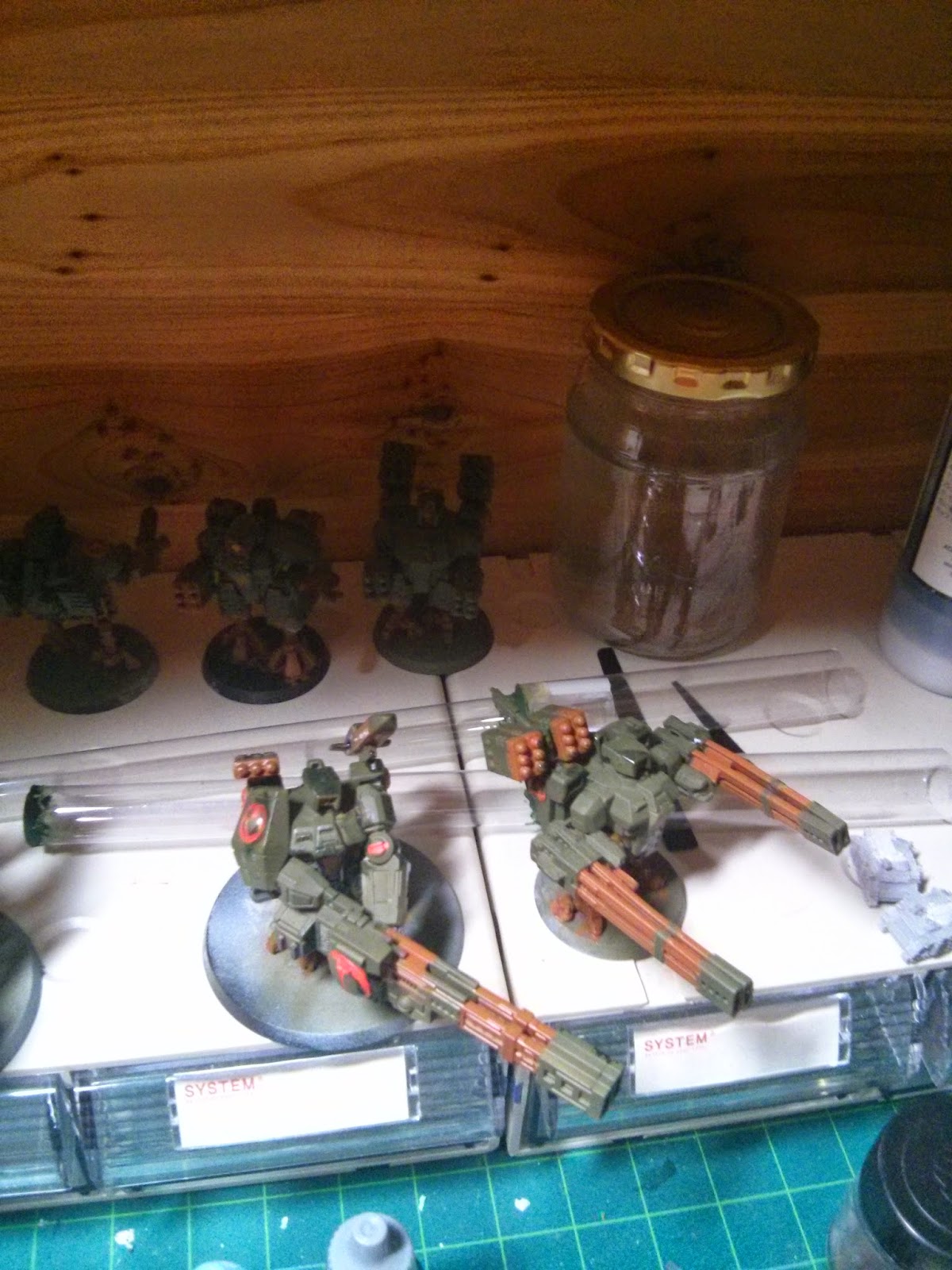 I have also started working on tweaking my earth shaker carriage design it is almost complete. It mainly needs some extra bits for detail and to finish off the back part that stops it from going backwards when it fires.
The plan for after the crisis suits it to do the 6th company of my epic SM chapter and maybe a few more detachments while also working on the 1st earth shaker and others in the future. I do need to order some bits to make it work right in the long run but for now it’s ok. I have also decided to pick up some legit  thudguns and such in the future. I thought about scratch building them but don’t think I can pull it off half as well. They also aren’t as crazy priced as the earth shakers.

If you hadn’t guessed I am planning on a DKOK artillery/engineer party as an ally for SM and tau. Though, I will not be using most of the actual models. For some reason I don’t like most of them. They look strange proportion wise for some reason. I will probably pick up a commissar and a few other cool looking models from the range but in general the basic guys will be made up of various warzone models. I am basing most of the force off of the starter bag of models from the old second edition box. The trenchers are going to be most of the crew for artillery and such and the bhaus will be my engineers, I just need to work out some options for the mole launcher really.

I have also decided to sell off my PHR, I am not going to use them so I would prefer if they go to a good home. The immortals are glued to their bases and I have done a little bit of cleaning up on the models but otherwise they are unassembled. I will only part with them as a set. So if you interested drop me a line. The other stuff is also still up for grabs just because I haven’t had a chance to post it. I will be doing that soon enough though. I also have a rather good size lot of extra epic stuff I will be getting rid of.