Today, will be the final part in this review series For the first two parts follow the links below.
Part 1
Part 2

The subjects of todays experiment are 3 dreadnoughts I got. I wanted to test Biostrip 20 on a larger surface area and 1 of the models appeared to have had a non standard spray paint used on it, in fact it seems like a latex paint. So was a good chance  The one in white on the left was the one that I could tell had strange paint on him. I have found well testing on the minis that for normal acrylic paint the sweet spot for them seems to be in the 5 to 10 minute range. Due to the nature of the paint on the one on the left (with the white paint. I did him first but only let the Biostrip sit for a minute or so. The other two where in the 5 to 10 min range.

One round was enough for the other two dreadnoughts, there was a little leftover paint in areas that where hard to reach with the tooth brush and where the paint had been covered or mixed with super glue. But a little clean up work was all that was needed.

The picturess below are after the first model was done again with a 10min time. It came out mostly good. The gold paint you see on the front is strange and will need more time, no idea what it was but it turns into more of a soup, the same with the black paint that is in many places still on the model. As a side note this dreadnought appears to have been based with something strange, 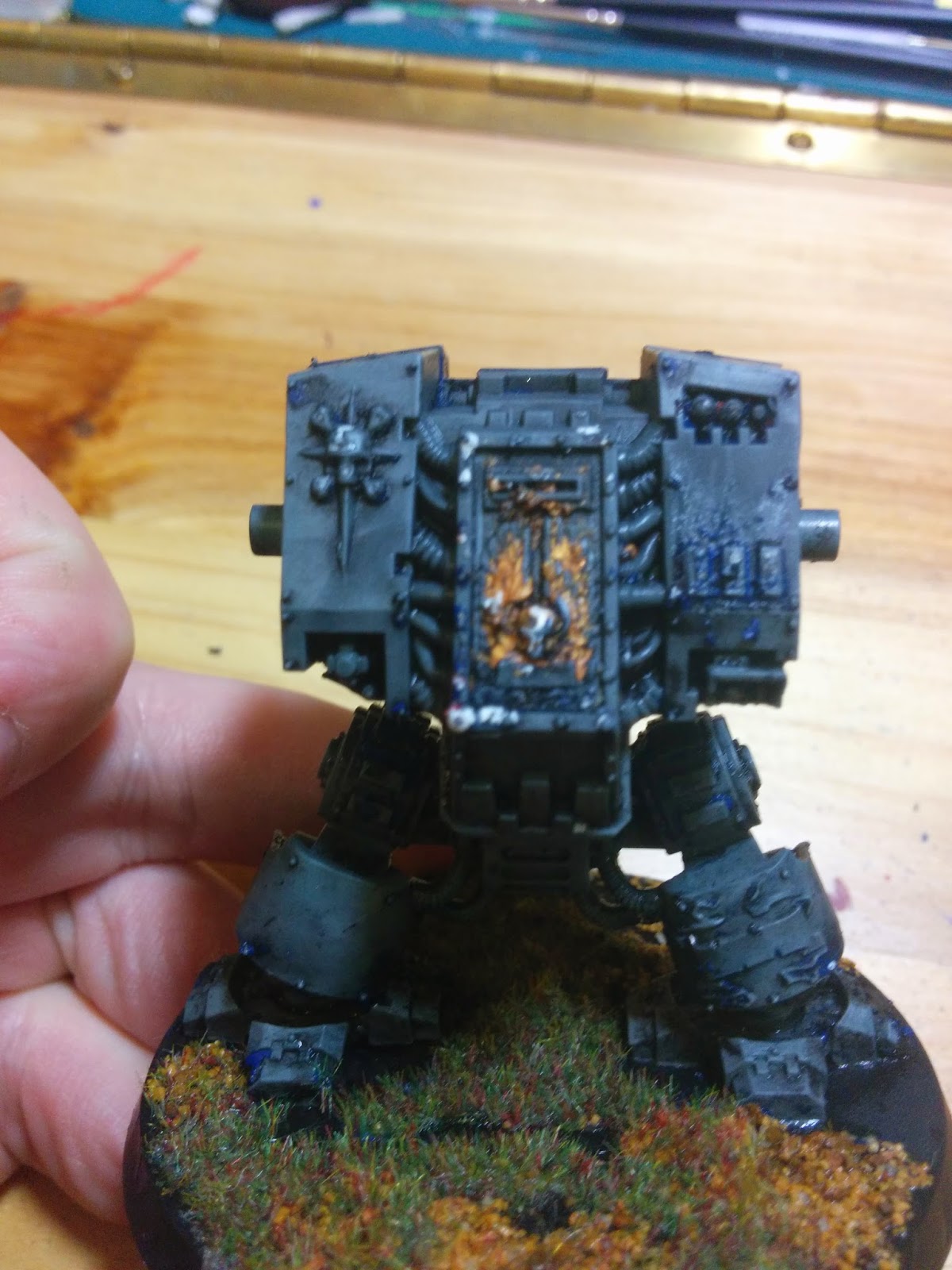 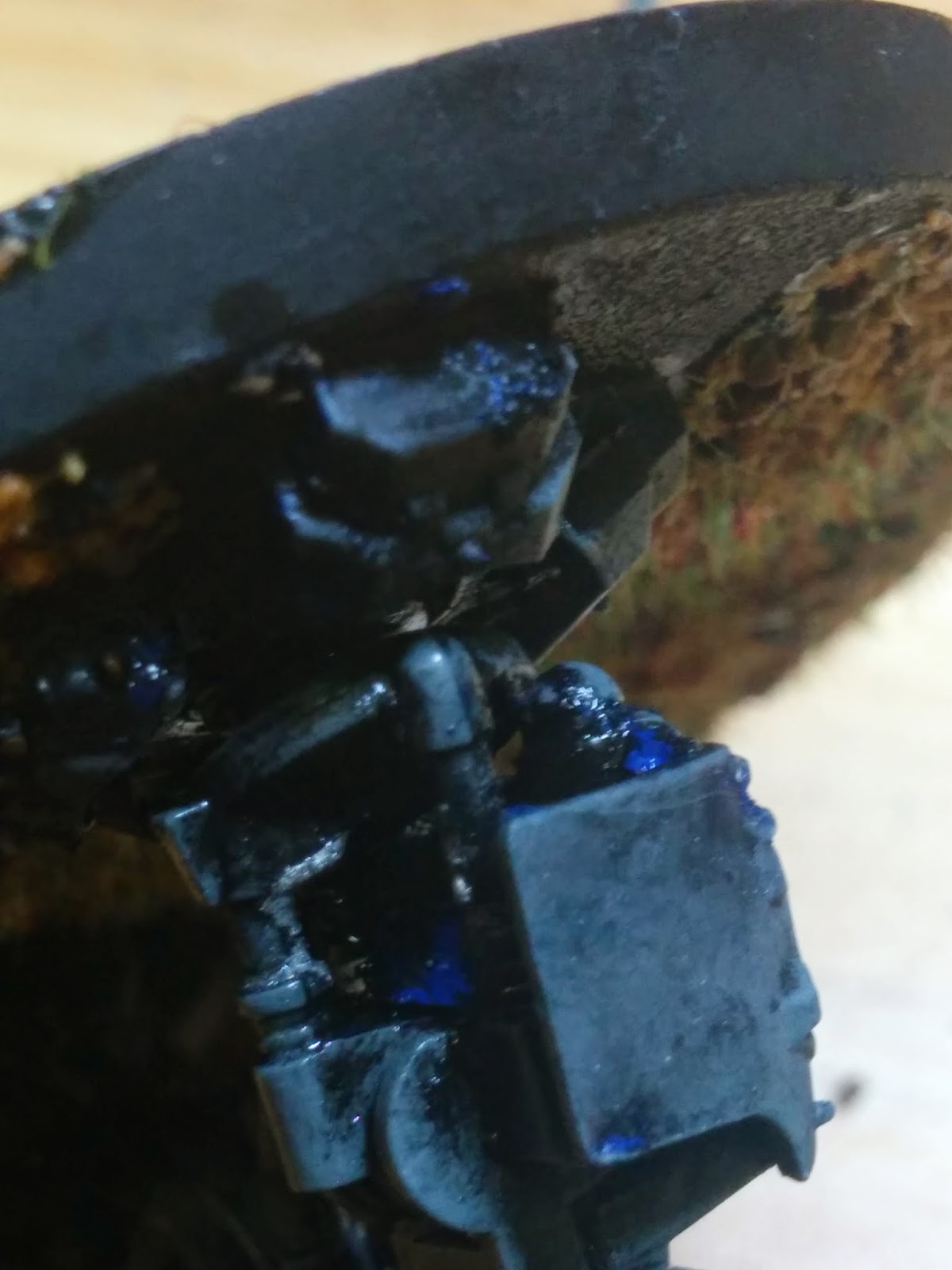 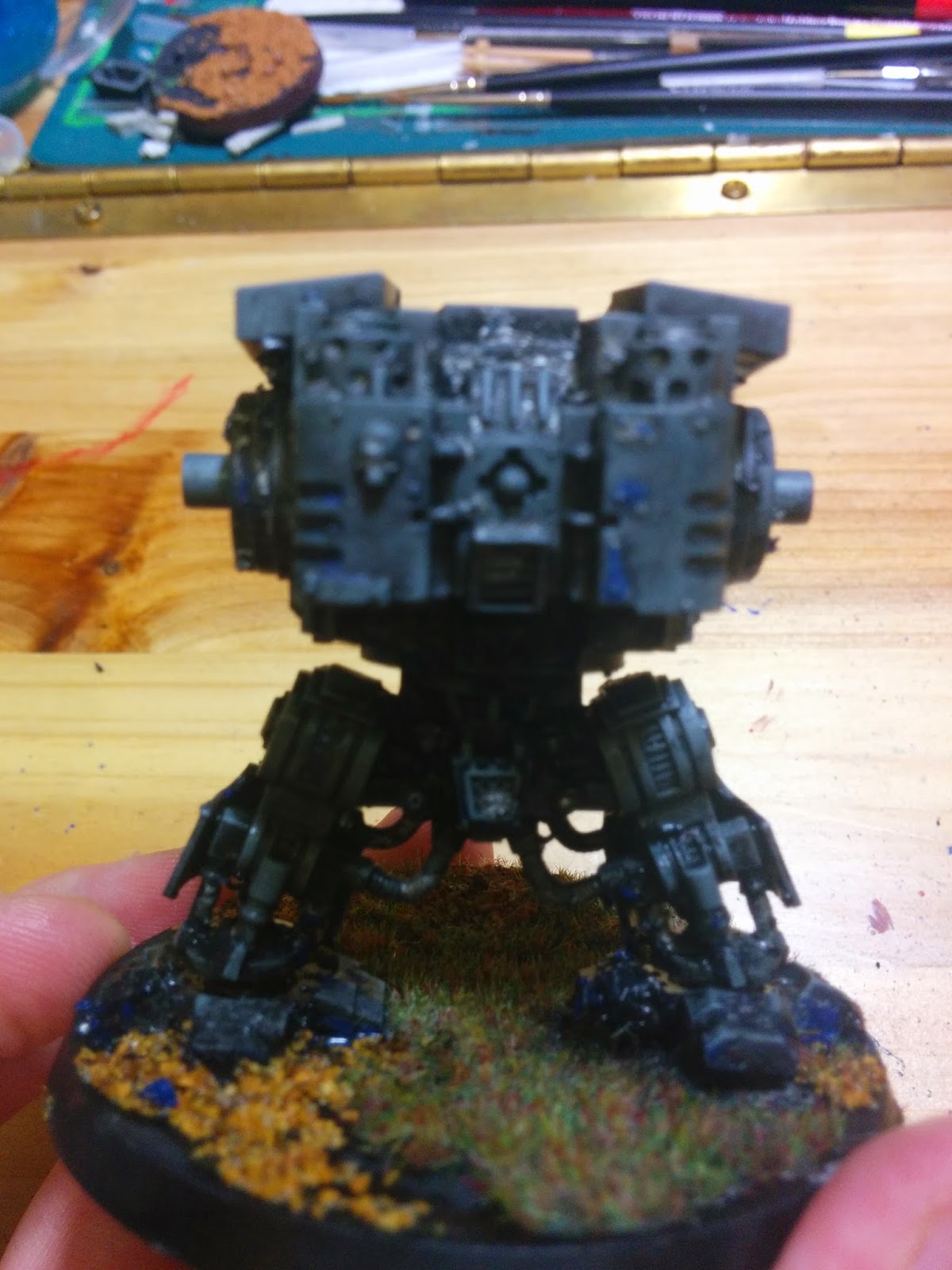 Not sure how well you can see the black that is left it is mainly on the feet and under the main body. Will give those parts and the gold on the front 1 more soak and scrub.

Overall, I still recommend this product, the two dreads with acrylics cleaned up really fast and the stuff obviously works on non standard paints that people use.