This week I not only finished a bunch of models but also had a chance to play a slightly modified version of DW with my oldest. 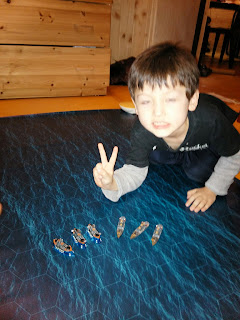 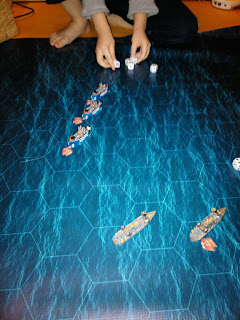 Overall he did well especially since he keeps picking the harder fleets and such in games to play as a beginner. Actually only luck kept him from destroying only 1 ship in round two. The second pick was the status of the game at the end of round two.

This week I also finished off the baharus and all the imperials for my warzone stuff. 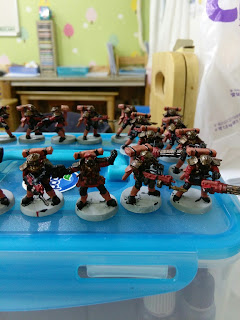 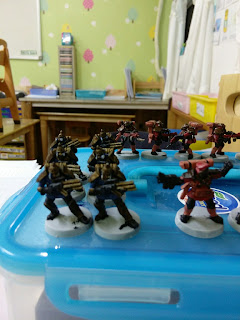 So that's another 22 models and another 44 points completed. Along with jokers of course. But honestly I stopped keeping track of them since I never use them really. Never mind the only things I would like to get I will probably get as presents. My birthday and anniversary are both this month so hopefully that will work out.

One final announcement for today. I am planning on doing greggles dread challenge this month, mainly because I have 3 dreadnoughts I have to paint at some point anyway. I also really don't want to dig out any of my undead stuff that I have no use  for yet. I will put some pictures up next week of the before stuff for you guys.

I will be away this weekend so later.
Aruki
Posted by aruki at 4:35 AM