This week saw a good amount of progress but not as much as I would have liked. Mainly, due to a combination of kids and laziness.  Partly also because I spent a rather large amount of time when I could have been painting out and about looking for new hobby orientated stores. One of which I found and purchased stuff at. I will be doing a how to get their post and general review of it next week. 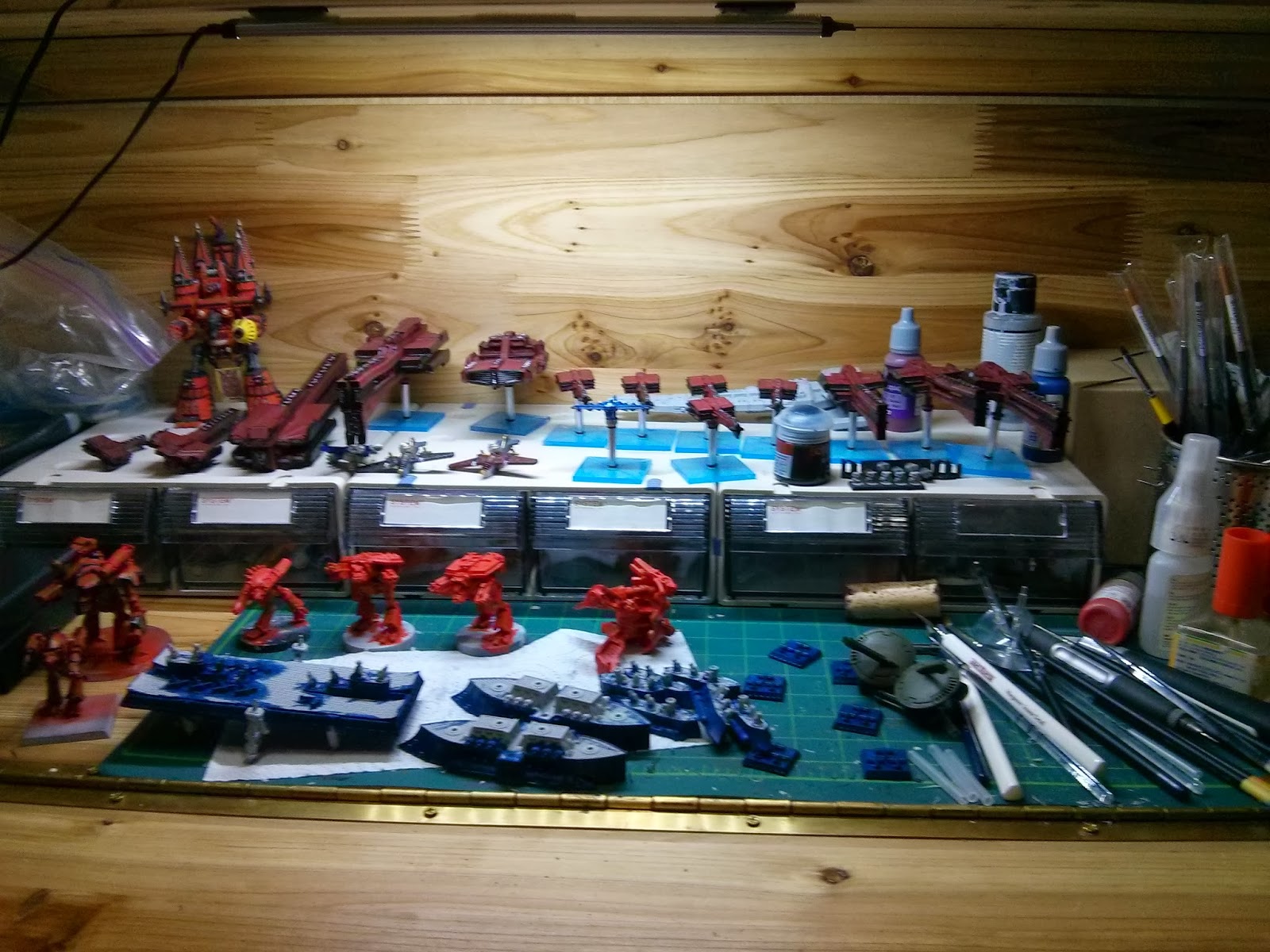 As you can see the workbench hasn’t changed much. The FSA ships are almost finished and mainly need some touch up. They are the only thing I really worked on this week. I can probably finish them off in less than an hour of painting. After that I cant decide if I should focus on the titans or the DW ships. I also will need to continue with more epic assembly. One other project I am working on that isn’t on the table is related to my purchase at that new hobby shop and will be shown off as soon as I am finished making it.