A late update but for a good reason.

Why is it late, well a few reasons. I have been busy doing actual modeling stuff and I have been doing a lot of research for further posts on the whole Mantic thing. So first up the 6 finished stealth suits. 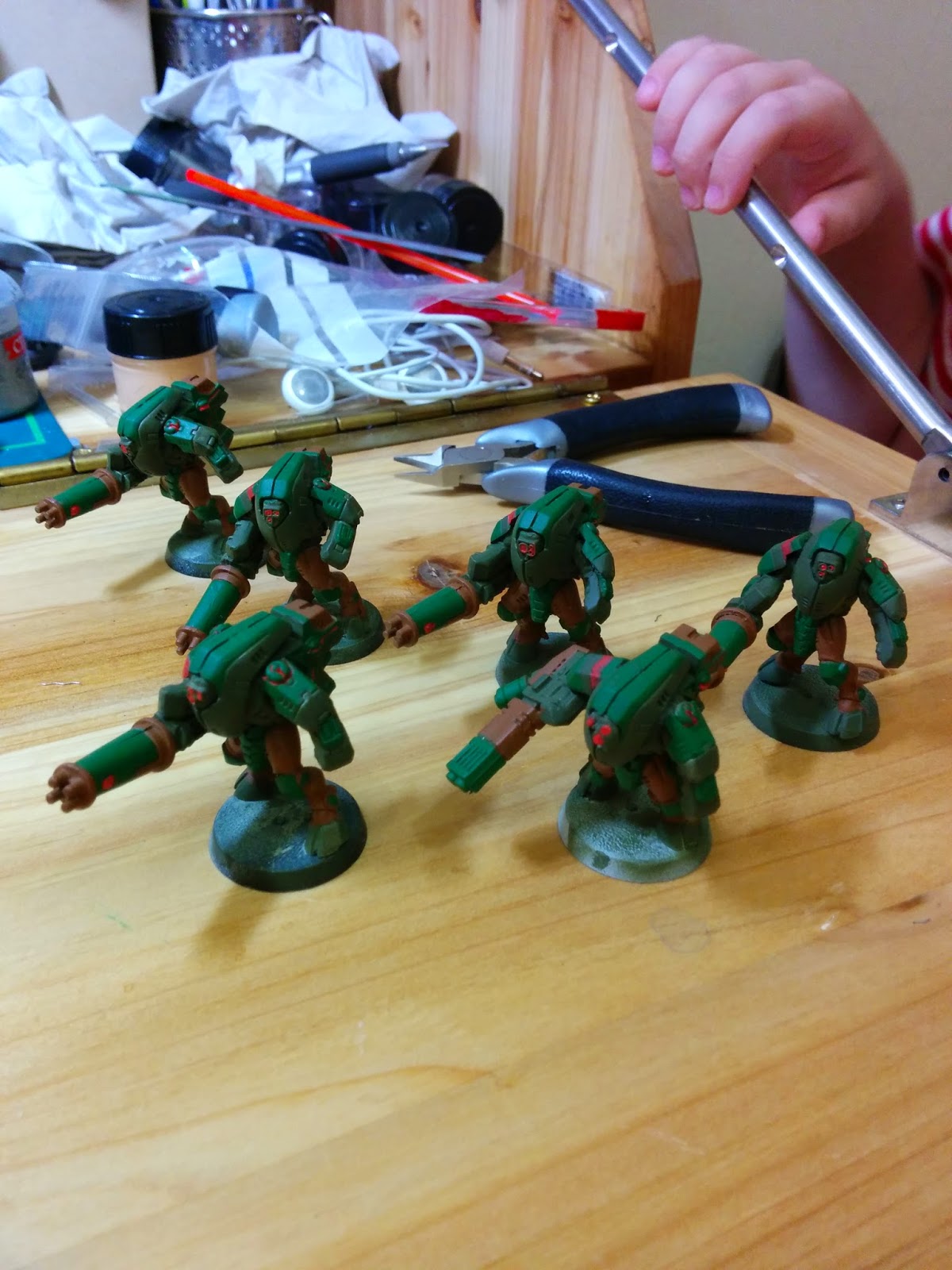 So that's 6 points to august etc etc. I also spent $10 and picked up a Manta battle carrier for FSA. So that's minus $10 on that.
I also finished assembling the first counts as earth shaker on heavy carriage. It's not perfect but I learned a lot about using green stuff and assembling in general. Not bad for my first scratch built model I think.

Following that I started assembly of the next two Heavy carriage Earth shakers. 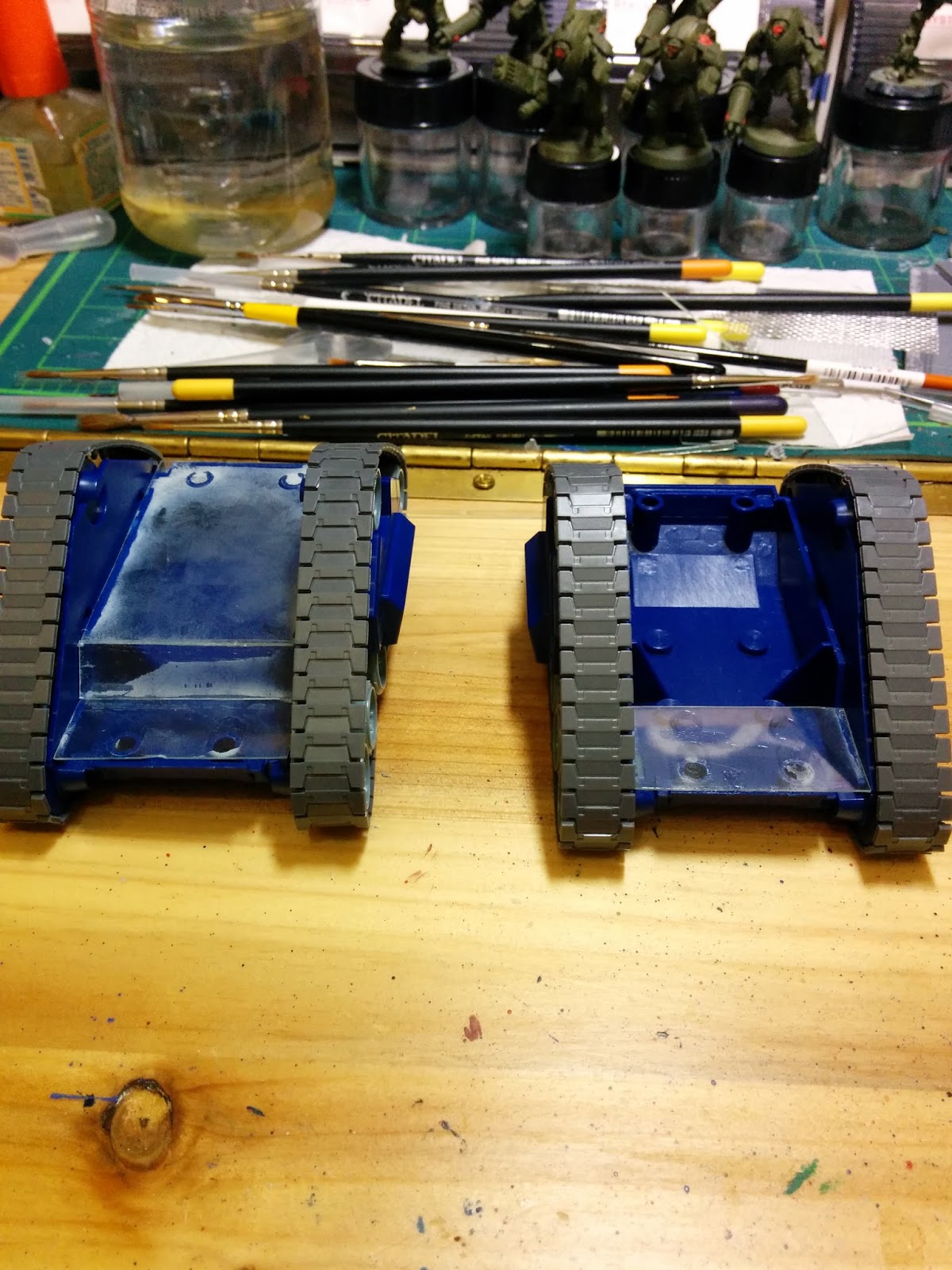 Finally I started to teach the oldest how to paint, specifically base coating. Tomorrow he will prime his own orc and then we will move on to the next step. He is now 4 1/2, I have also started working on remembering and writing ABCs and such using his Battle tech manuals. 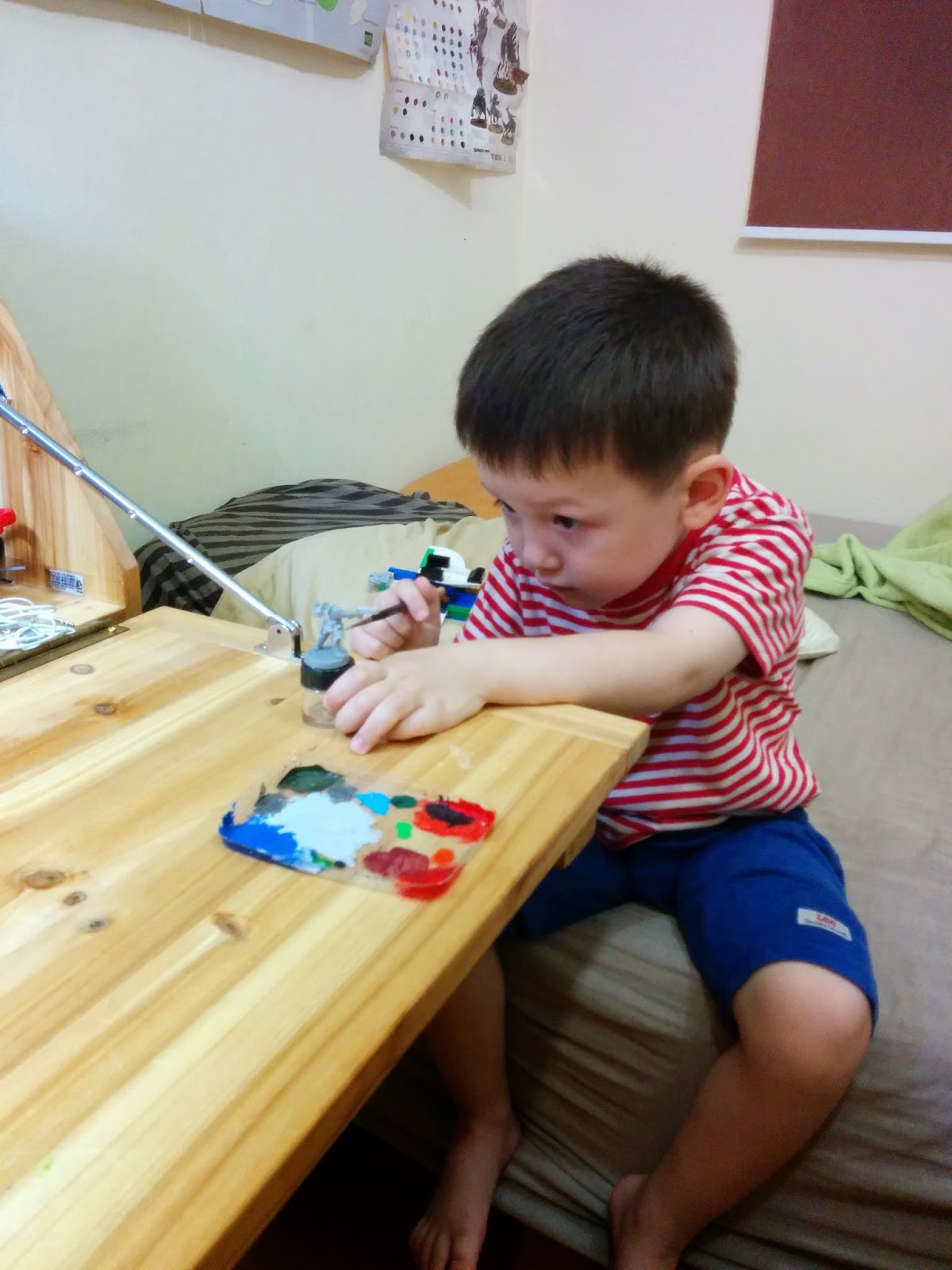 More as I can and hopefully another comparison post on Wednesday.
Aruki