Let's get the first part which is most negative out of the way. I have written a post 3 times on the whole Mantic kickstarter thing. But it basically just turns out as a long hate rant. I don't hate Mantic but I do strongly disagree with the current business model I see them employing with kickstarter. This combined with there refusal to answer certain key questions makes me not want to support there kickstarter. Especially when I can order good similar games for a lot less now and not have to wait a year. So to sum it up I wont support it and I am a bit disappointed in Mantic for taking this road.
Next up, OMG so much star wars stuff. That is about the max on that. The idea of Imperial assault being able to be used as a skirmish game is interesting. The idea of a Capital ship version of x-wing sounds interesting as well, though the price point seems a little crazy for this one.
However, on that front I also picked up a Korean version of the X-wing starter for a little less than $20 so I will just round it up. Though this also means I really need to figure out the Korean before I can play. For anyone in Korea that may be interested I go to the store in Hongdae called Rolling dice e for these minis and for MTG and other CCG's and board games. Check them out they do regular MTG tournaments and have reasonable if not great prices on most of there stuff and an occasional hidden gem on there shelves. Warning the website is Korean only: Rolling dice/ Dive dice.

Now lets move on to what I have been up to. First up assembling/painting etc etc. I didn't actually finish painting anything but did a lot of base coating and priming. I started by priming the first earth shaker cannon, in the future I really need to not do these by hand or not put the cannons on. I base coated the 10th company of my epic marines and started working on a land raider and whirlwind detachment as well. 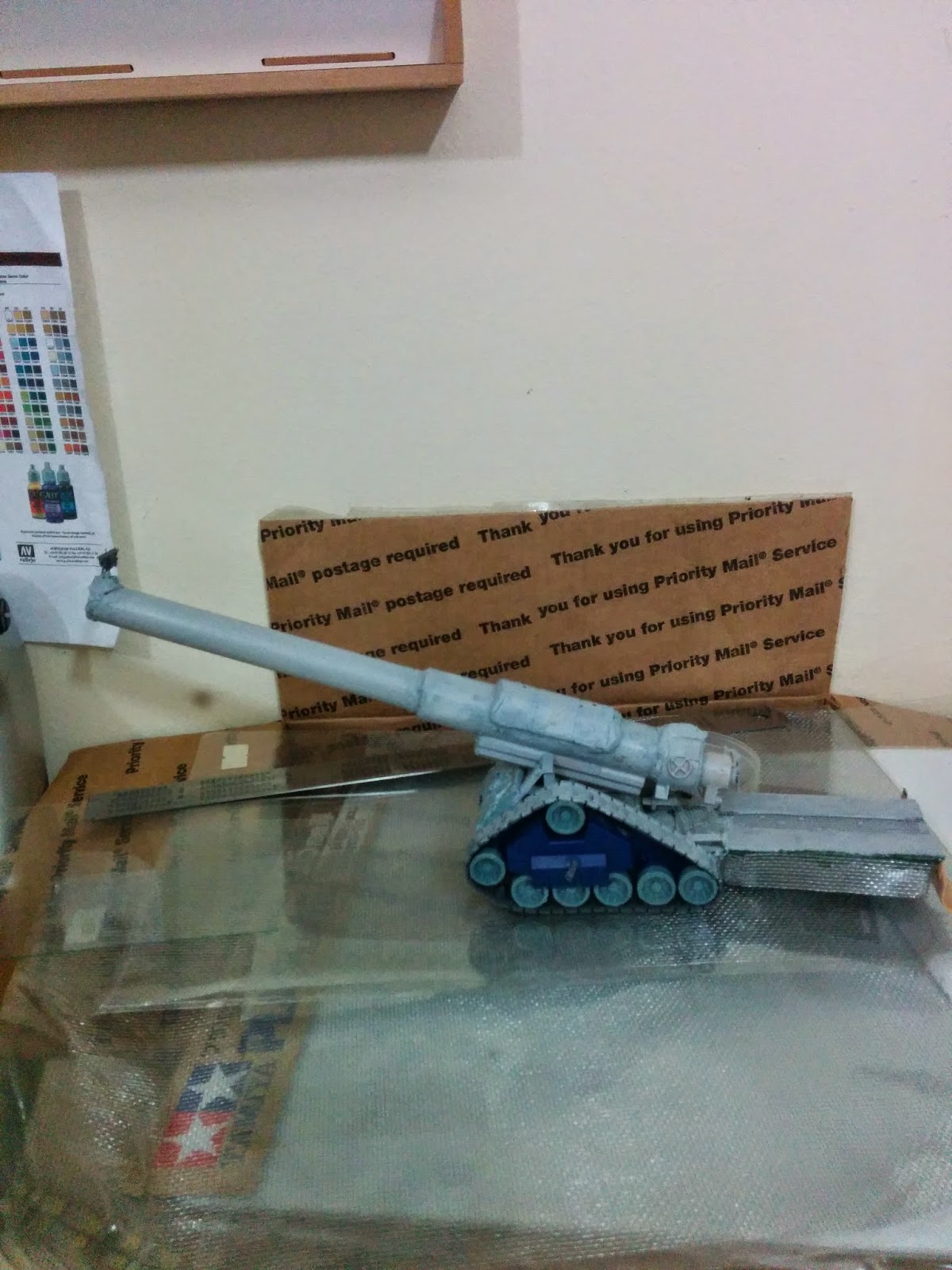 So to sum up the post, Mantic kickstarter bad, Star wars good, priming and base coating. More later as I get it done.