I have mainly finished doing the leather on a bunch of the archers. I also put the metal paint on the last squad of legionnaires and the squad of what I use as veterans. Other than that I haven't done much. 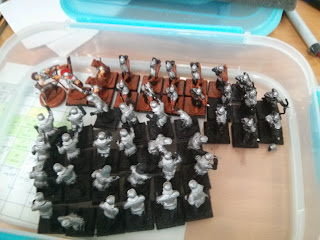 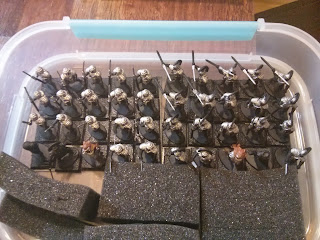 I have mainly been busy going through all my stuff to see what I have to do and what I have finished. Below is a pick of my finished Romans. Four 20 man squads of legionnaires are finished along with the general and two more musicians for the auxilia and archers. 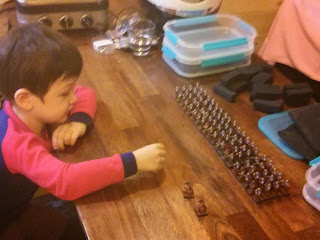 The picture isn't great but it the whole army is coming along quite nicely. Will continue working on them and get back to regular posting next week. As you can tell by the picture I have also been getting my eldest son involved with my models. He usually spends his time playing with the FSA and DW stuff but he loves the Romans and SM as well. His favorite thought are the collection of Battletech minis that I gave him made of plastic.