Today is mostly off topic just due to the holiday for me last week. It meant I spent 5 days straight taking care of my two kids while everyone else was busy either working or cooking and such for the holiday. And of course both ended up getting sick. So there is no real progress to report.

What I'll be focusing on to day is a Indiegogo campaign I love and think you guys should take a look at and some stuff from last week that has me excited.
First up the campaign for Calvin and company found here. For those of you who haven't seen this hidden gem. This is a creation by DomNX based off the original Calvin and Hobbes. The main difference is Calvin has grown up, is married and has kids. I have found the series rather funny so far with many references to the original that are memorable. So if you  loved Calvin and Hobbes while growing up like I did take a look at the facebook page and then check out the Indiegogo campaign.

Next up is all the announcements from spartan games. Mainly all the announcements for planetfall. This really excites me because it has been something I have long been interested in but haven't invested in do to the lack of models/support. I am glad to see this changing because it maybe possible to do FSA/planetfall integrated campaigns which I would love to do. Like I used to dream of doing with BFG/epic. Never mind the models look amazing check these out. 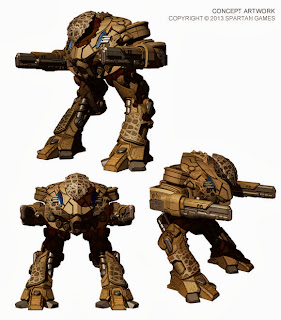 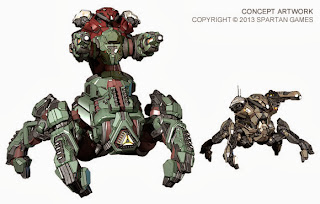 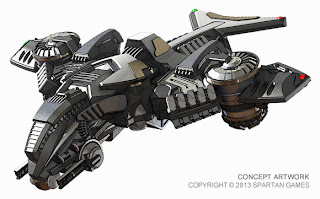 Anyone that's all for today. Painting update later this week when I actually have the chance to paint.
Aruki
Posted by aruki at 9:00 AM