So yeah here is the first painting update since the move.

As you can see I have started messing with the FSA Aquan paint scheme. The jade green base with some orange for the gems. I am thinking of doing a second darker green as an accent and then a really light blue for the engines. Then of course touch up. 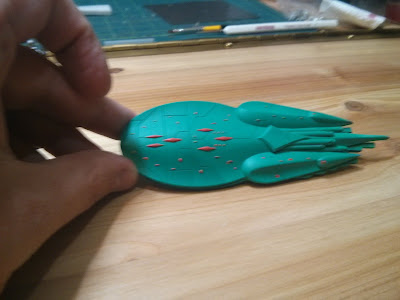 I have also started on another squad (20) romans. So far, since base was done, I have completed the armor and cloth. Next up is cloth and skin and then touch up. 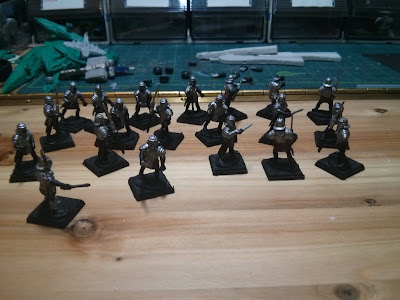 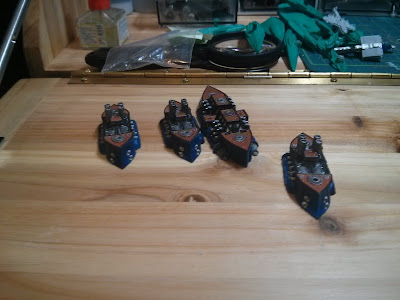 So look forward to some painting finishing in next week or 2 namely the Aqua and romans. Then probably another batch of romans. I think I want to finish them off before the end of the year and there aren't that many left. After that I have no idea. Let me know if you guys would like to see something.