A lot of progress has been made in the last few days and hopefully by Friday I will have completed models to show. The Romans are nearly done. I need to finish and glue on shields. As well as complete the arms and banners for the musician and standard. 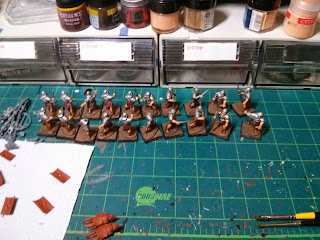 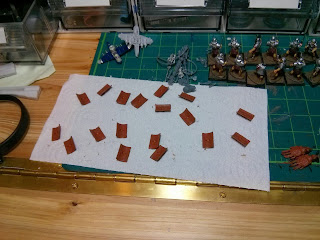 I also started on all of my auxilia and archer auxilia. Mainly got primed and armor done though some are missing pieces I need to hunt down. I also got some work done on he general I thought I had finished and the squad leaders. So that's 47 more models  being worked on. 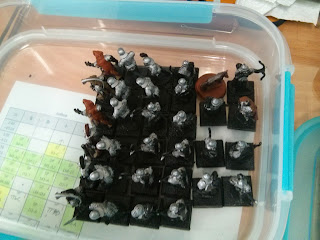 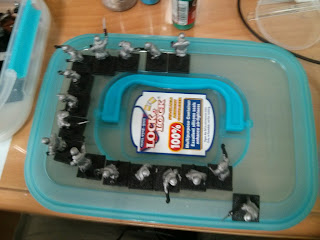 Finally, I am also in the process of finishing up the Aqua prime fleet. In fact by the time this post goes up (24hrs after its written) they will probably be finished. So look forward to seeing them towards the end of the week. 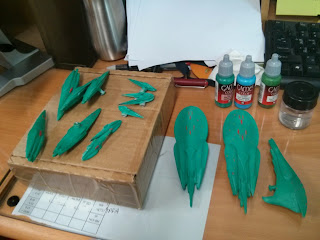 So that is 81 models currently being worked on in total. Should help me get much closer to my goals. That is it for now. More later this week.
Aruki
Posted by aruki at 9:00 AM