Another week and more progress. Some non pictured progress would be starting to work on the warhound titan, messing around more with the buildings we are making and a bit of work on other models on the desk.

This week I mainly completed the first earth shaker on carriage and 4 of the marines that were on the desk, namely 2 assault, a chaplain and the siege dude that will be my main hq, though I am not completely happy with his shield so I may revisit it in the future. 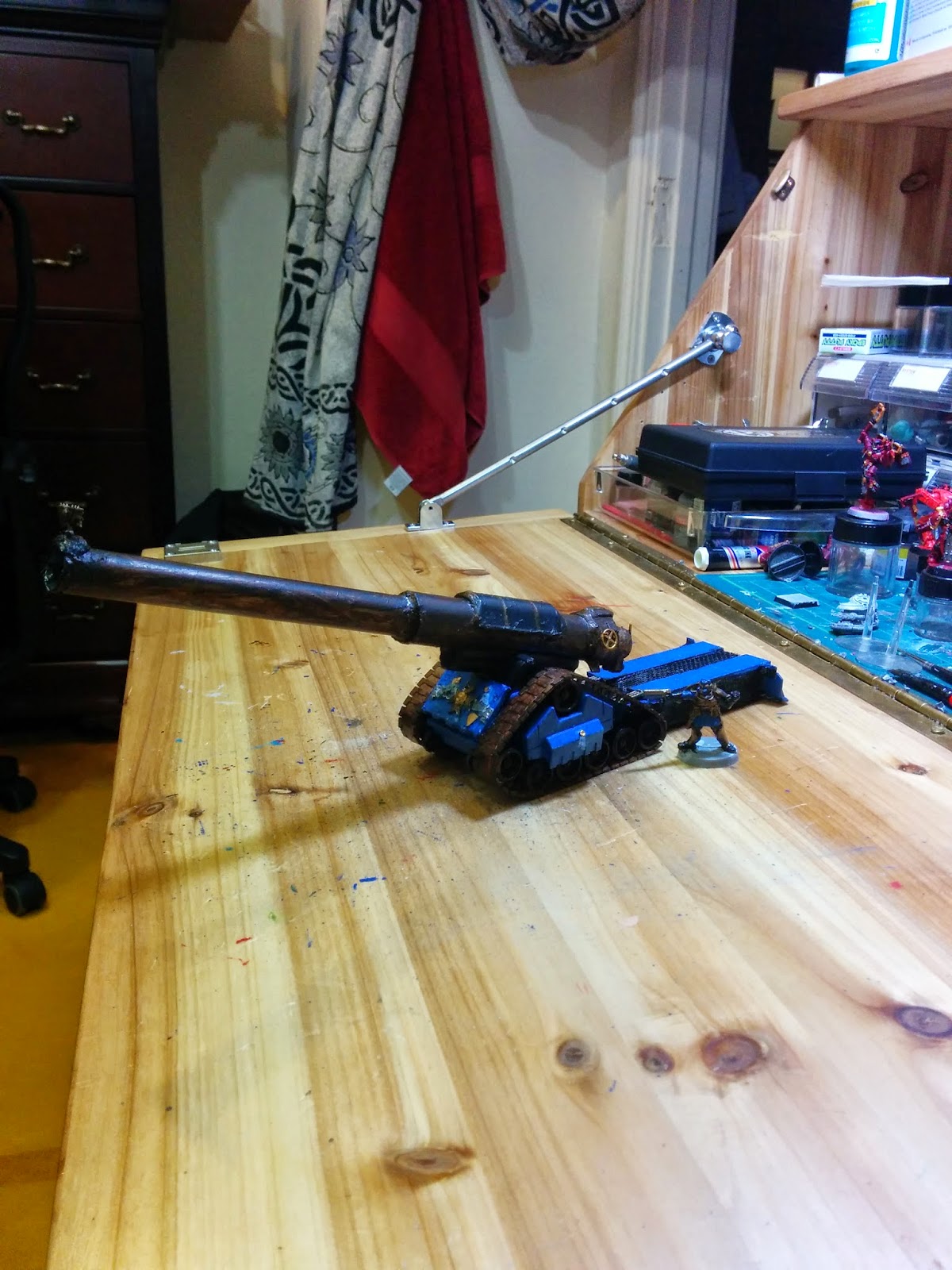 The warzone/IG sarge is there for scale. 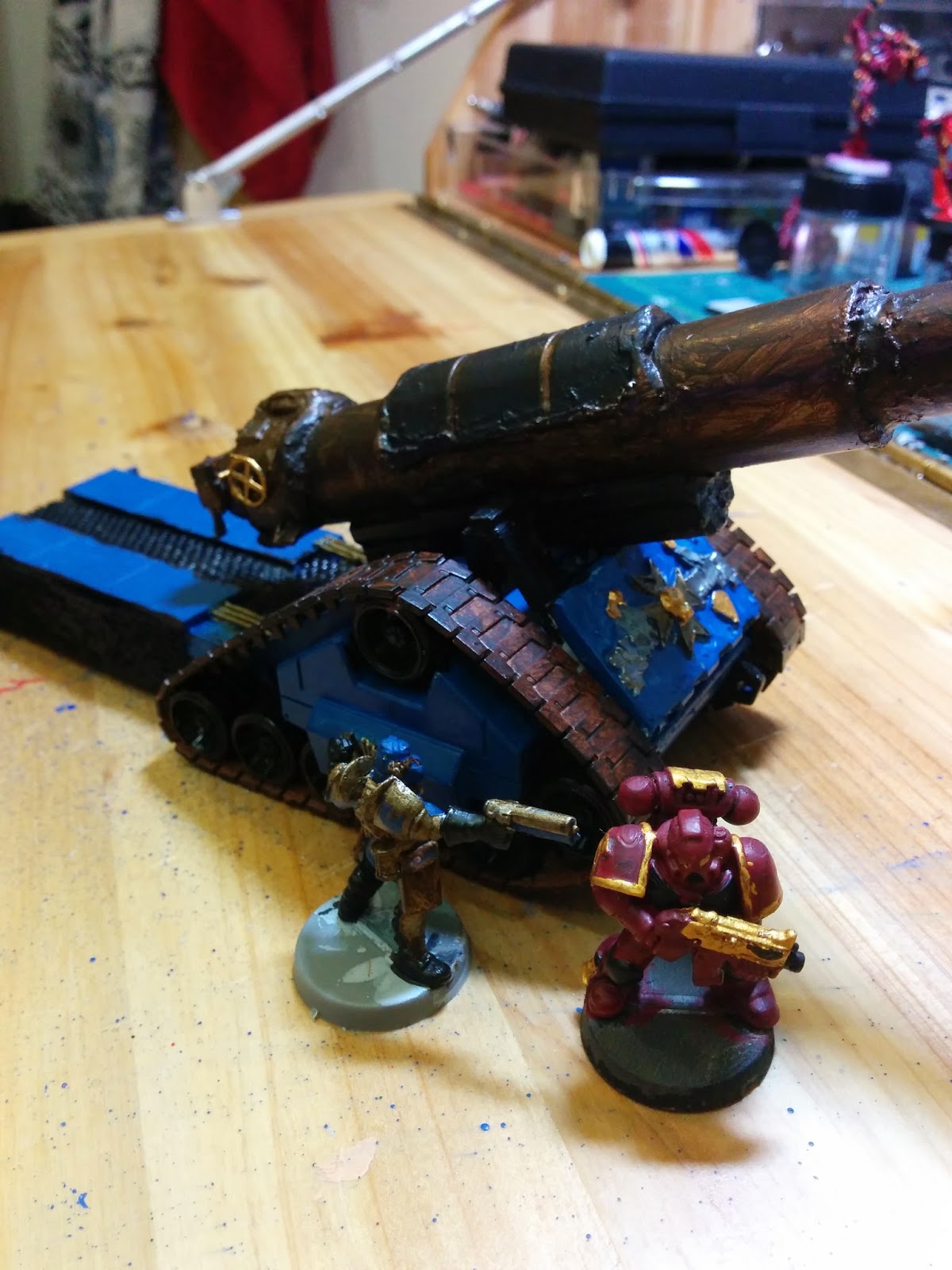 The marine was originally there for scale too but this pic is much funnier. 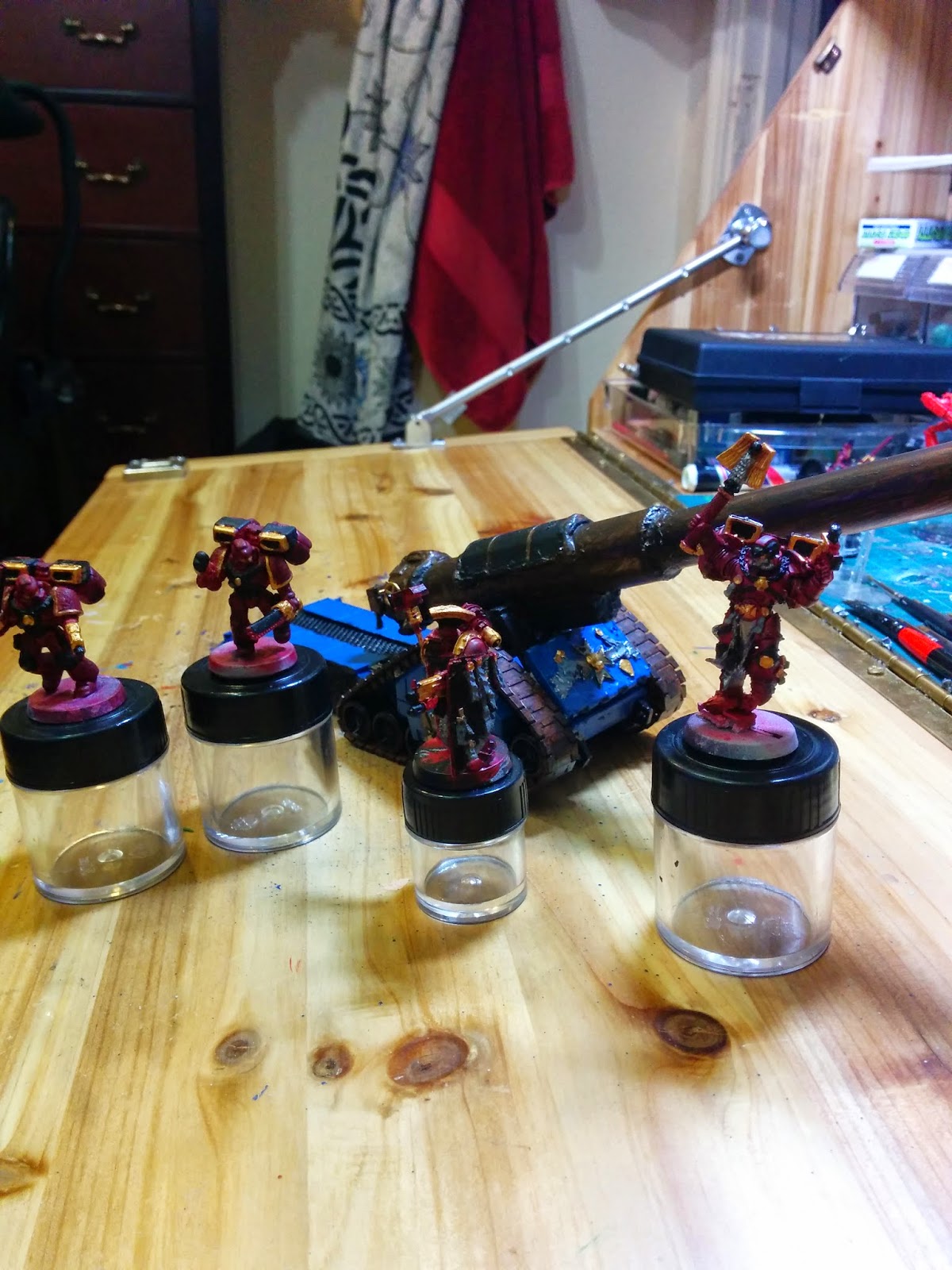 assault 1 and 2, the siege HQ guy and the chaplain with jump pack.

So that's 5 more models and a total of 14 points. I treated the earth shaker as a regular size vehicle due to the scale of it. I will do a comparison picture with a rhino and a devilfish at a later point.

Need to finish the last few assault marines and the warhound then on too all the tau stuff on the desk.
Don't forget guys there is less then a week left for the contest. The winner will be announced next painting table.