The first update of the year

That's right I have made progress this week. I finished off two models.

The first is the concept model I did for my counts as DKK Engineer/warzone model. 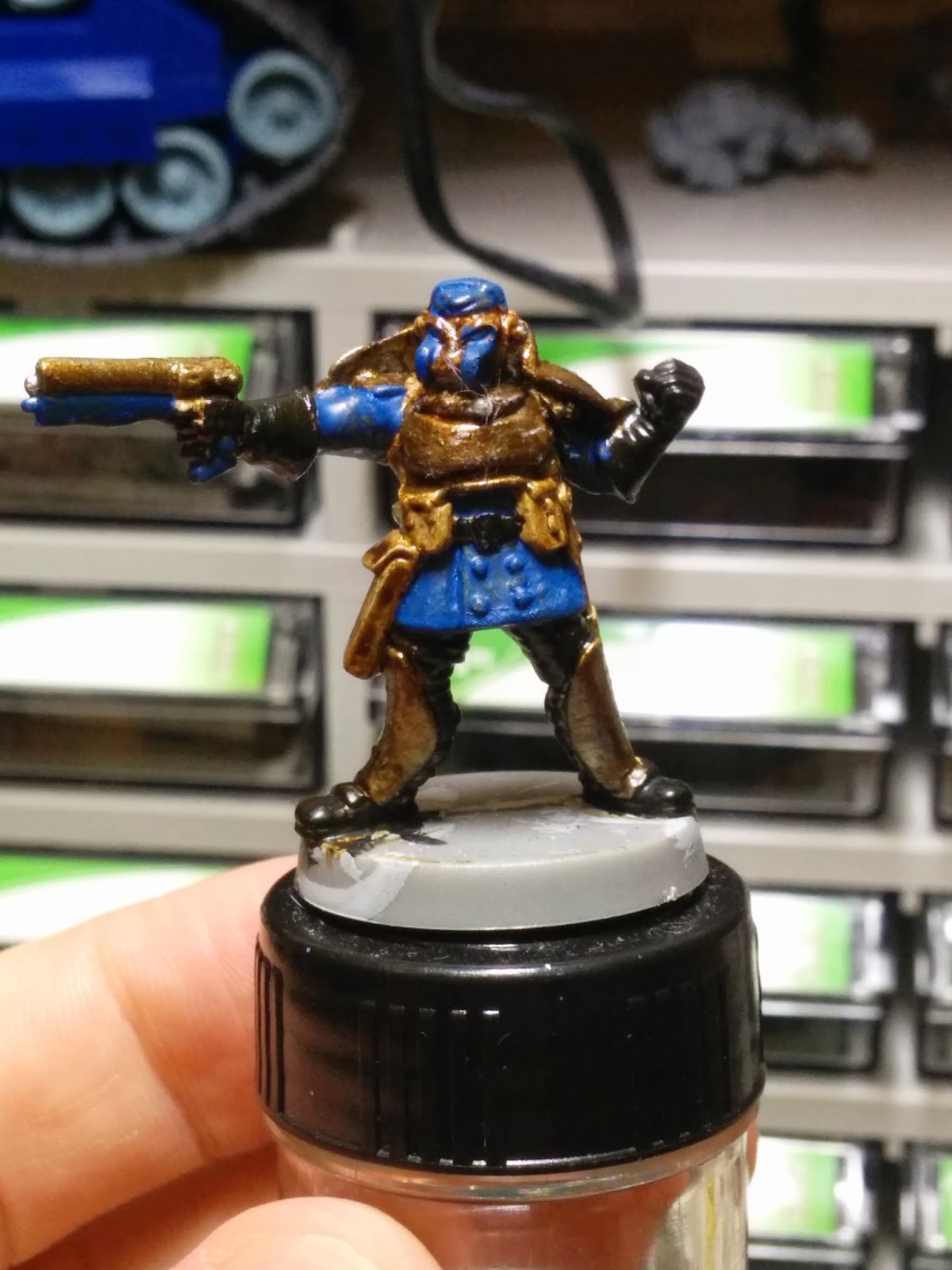 The other model was my Manta battle carrier. Now points are a bit strange to work out. Mainly because the scale for FSA is 1:10000. Which doesn't really correspond well from what I can tell with the hole 28mm 15mm blah blah. So I have decided to count the ships as 15mm mounted or vehicles. The big one such as the battle carrier will be a vehicle the smaller ones will be  mounted. This is mainly due to it not really fitting into the 28mm group.
So  that is 2pts for my first guy and 6pts for the battle carrier.
I also spent a chunk of money on some more battlezone stuff. So that's  $34.02 for this month so far.
Two nice and easy models. Big update tomorrow with a lot of WIP.
Don't forget to enter the contest there is only a couple of weeks left. Find it here.