The first thing I did was cut the two different size pipes to what I considered the right lengths and then connect them together. To do this I did a circle of the bars of plastic card on the inside. I then green stuffed the joint in order to make the transition between the 2 parts more smooth. I also green stuffed the end in order to hide the cut marks. 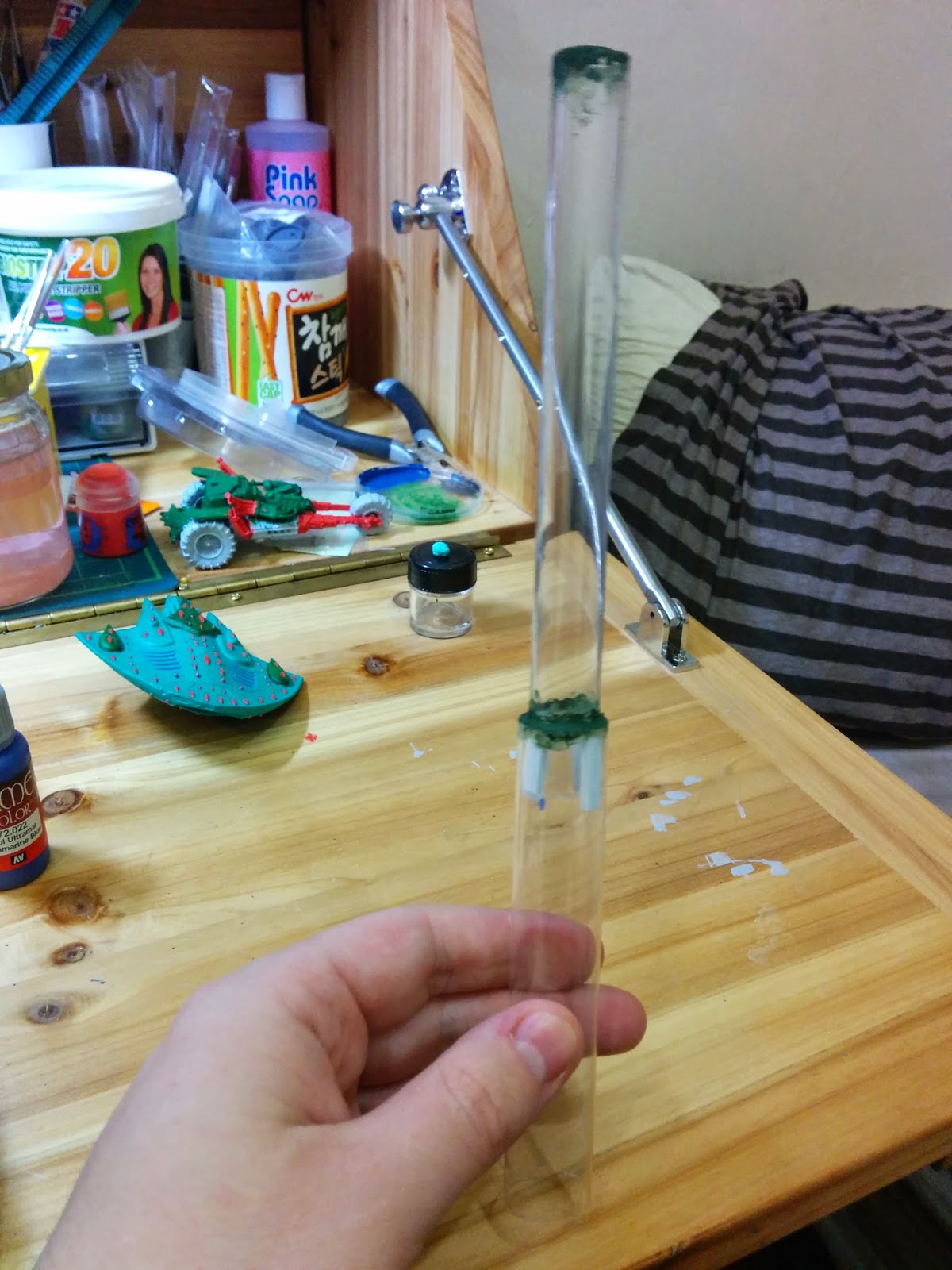 For the chassi I followed the instructions for assembling the bottom but not attaching the top part of the chassi. 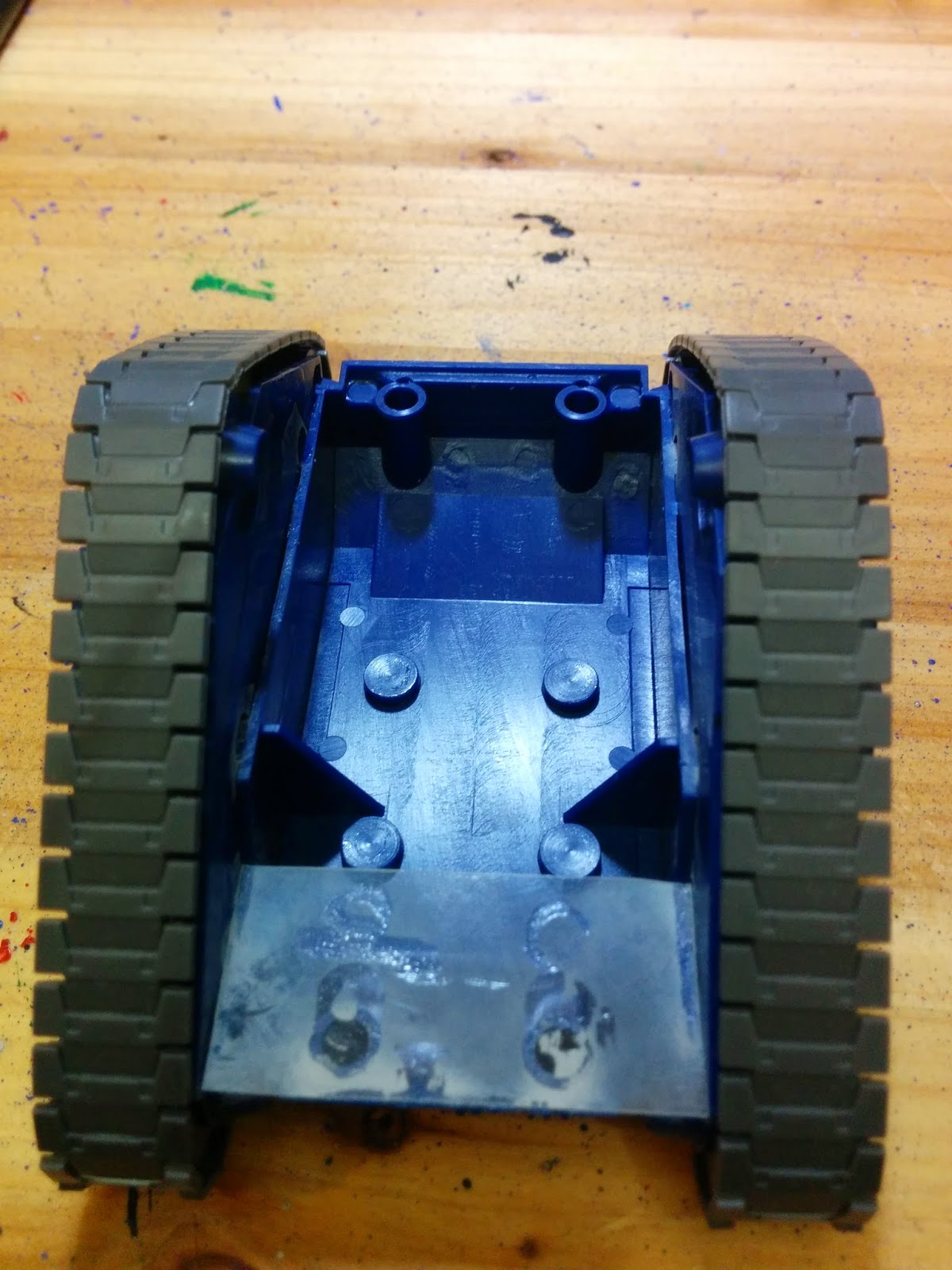 This was followed by building a platform on the bottom parts. It was on two different levels and also had slopped plastic card connecting the two bits. The next step isn't in the photo but is very straight forward. I green stuffed the joints in the plates and edges of the platform. 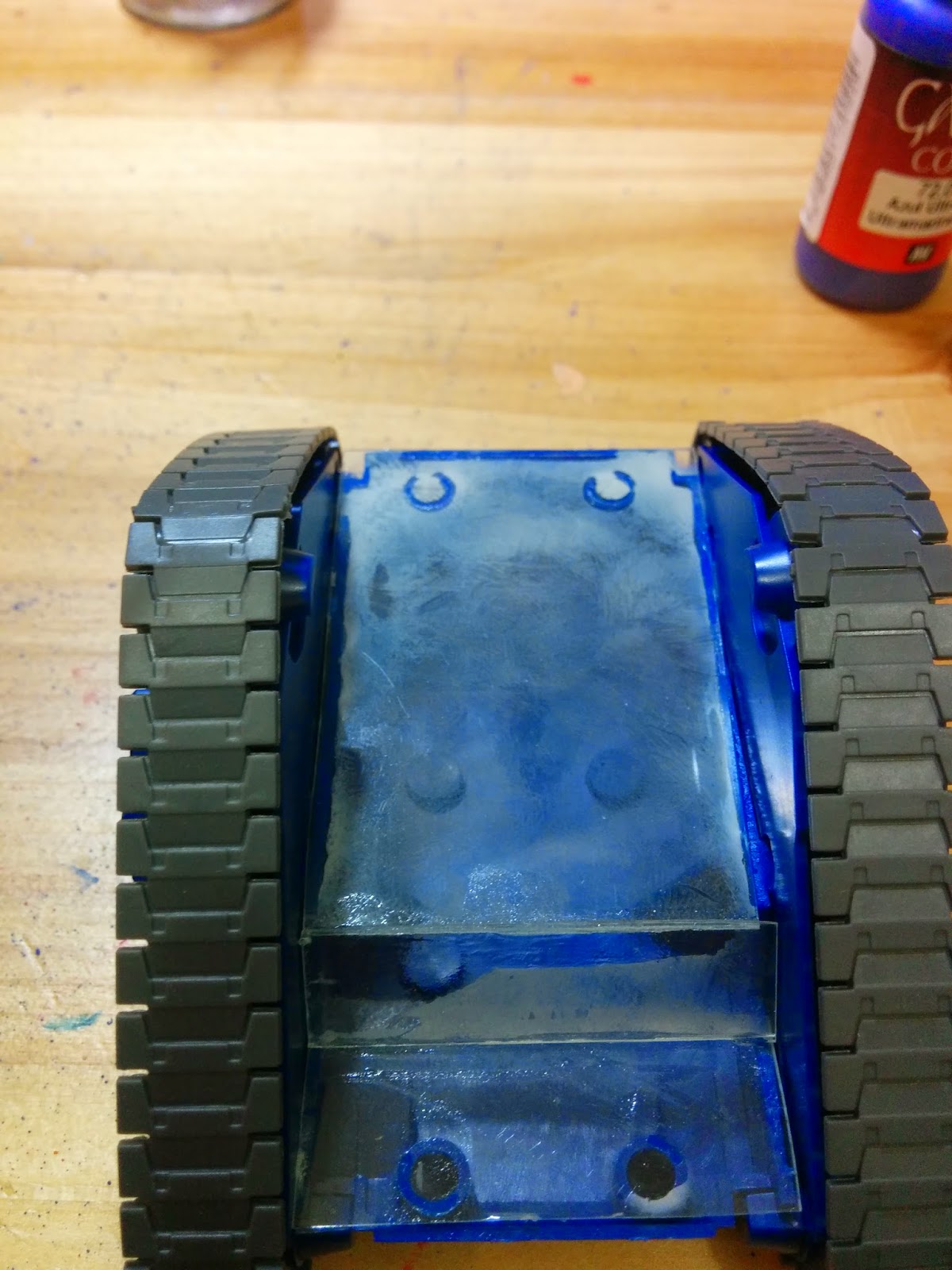 I then used my files/sandpaper and dremel to clean up all the green stuff.

In part 3 I will show the rest of the assembly for the main chassi and possibly the gun barrel. Part 4 will focus on the last parts of the gun deck and such. There will be a longer gap because I need time to build up and photograph the other two parts.