So the first painting table will be quiet full this week because of all the stuff I did this week. But first off two things. One, don't forget that you can join in the painting table fun by commenting on the post here or by sending me a message. Second, before we get to my stuff here is what my 4 year old has been working on. It is a raptor for the ever growing ork/orc/marauder force that he has going. 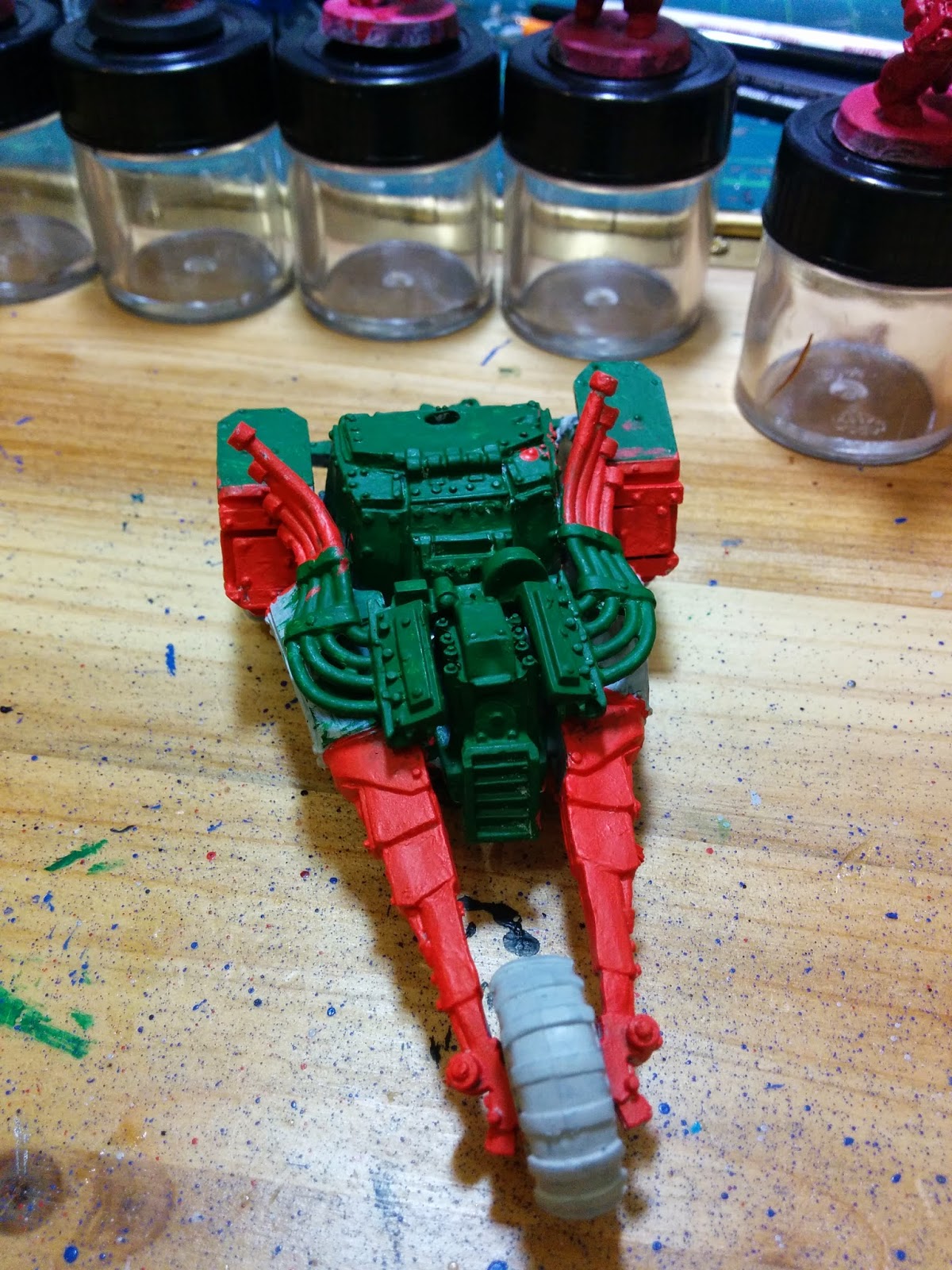 For me besides the models showed yesterday I have also don't some work on the first earth shaker, the seven marines along with the Rvanar in the background, another epic warhound I managed to find lurking in a box and the missile shield drones for the suit. 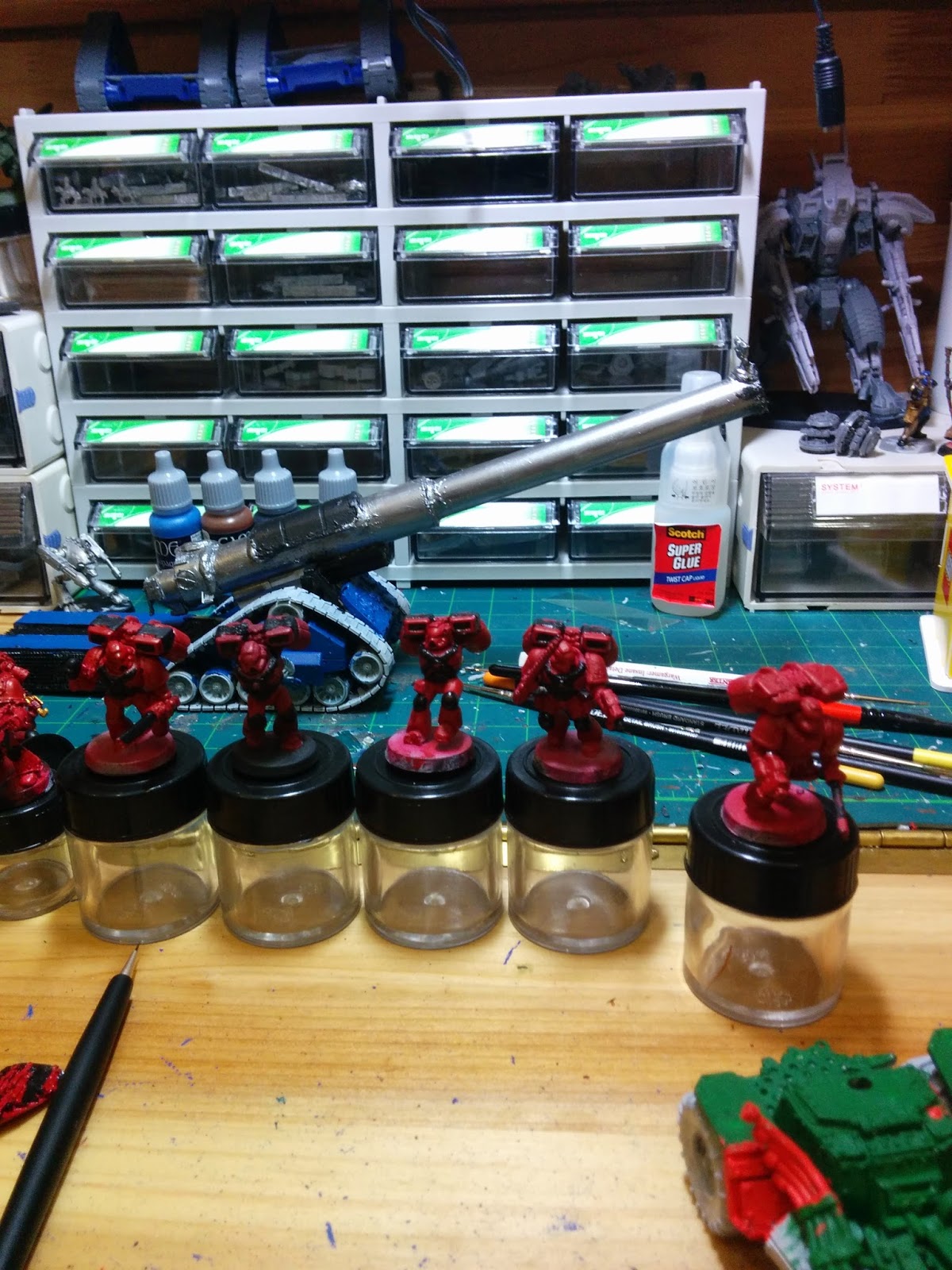 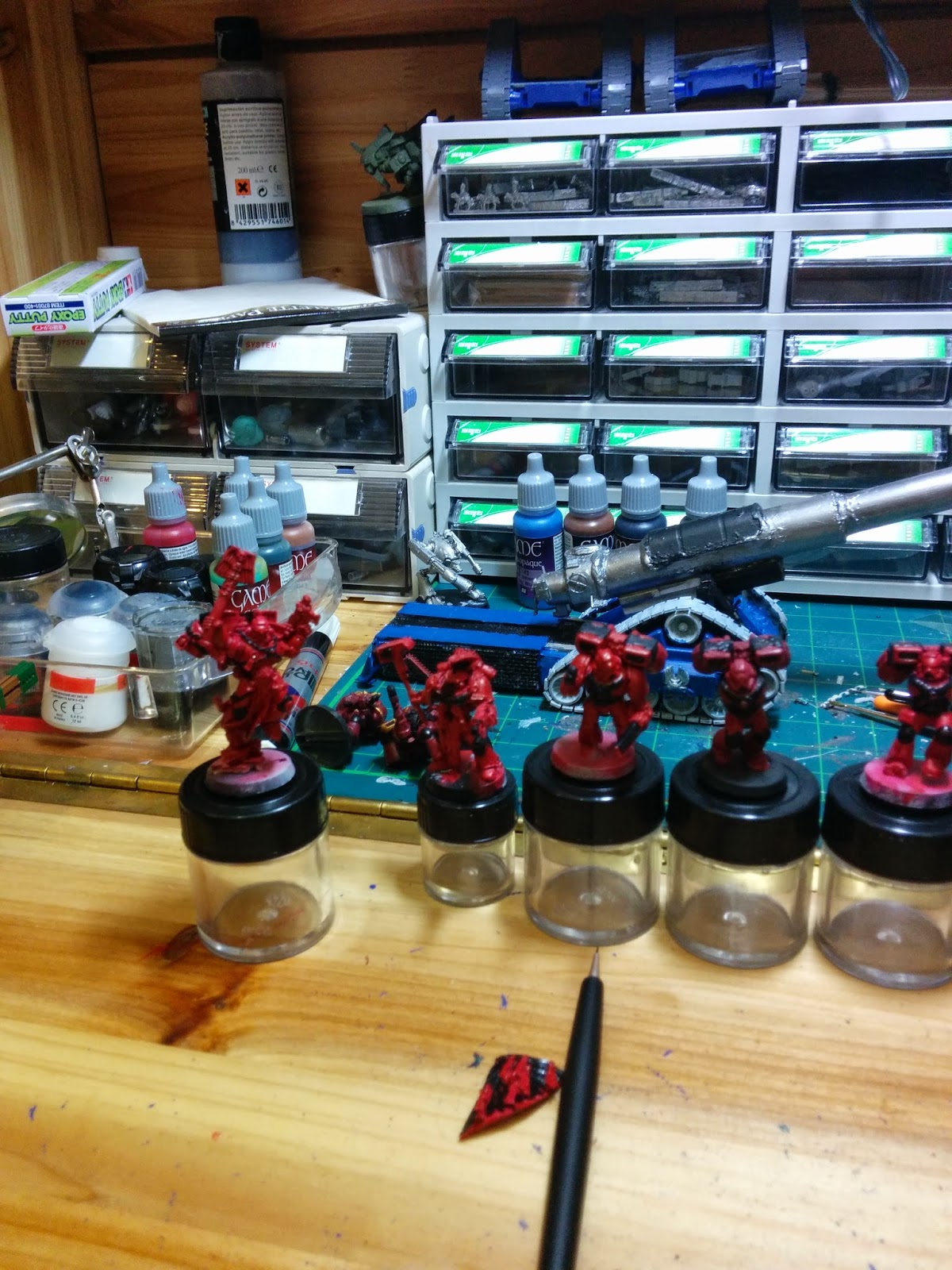 After the two models shown yesterday I spent a lot of time getting the marines all done black wise and getting some of the colors done on the earthshaker. The warhound Rvanar and two drones have only been primed. The Earthshaker is making me rethink how I assemble the model just to make it easier to paint. But is coming along nicely, if I get the chance I will finish it next.

I have also been working on two tutorials. The first is the earth shaker though the tutorial will be a bit wierd because I have already completed a few of the steps before I started but should be easy enough to replicate. The painting tutorial that was requested is also being worked on.

On a side not I got a few new paint brushes that I will be doing a review on because they are actually surprisingly good and cheap here.

Anyway more as it happens.
Aruki